Politics has permeated every aspect of American life and policing is no exception. Calls for defunding or reforming police departments are not limited to big cities, but are also being debated in small towns across the United States. Politicians, pundits, political activists, and ordinary citizens have all contributed to this national discourse. Law enforcement leaders from police departments of all sizes are facing political pressure to reform their operational policies and procedures whether or not they are suitable for their communities.

[Related: A Profession in Crisis: Addressing Recruitment and Hiring Practices in Law Enforcement]

Hiring officers who reflect their communities serves two valuable purposes: It improves external relations and increases understanding about the community within the agency. Diversity within a police organization helps to build trust and legitimacy, which grow the police-community partnership and aid police in performing their public safety and crime-fighting missions.

Developing broad solutions based on analysis of police conduct, use-of-force policies, operational procedures, and organizational culture in large police departments, like New York, Los Angeles, or Chicago is not a fair or accurate representation of policing in the United States. Public support for law enforcement differs from one geographical region to another. Consequently, a one-size-fits-all approach to policing is neither practical nor effective.

According to the U.S. Justice Department’s Bureau of Justice Statistics, in 2016, there were 12,261 local law enforcement organizations in the United States, employing approximately 470,00 full-time police officers. Of these local police agencies, about 88 percent had fewer than 50 sworn officers. According to the International Association of Chiefs of Police, a small police agency employs fewer than 50 sworn officers, a midsize agency employs 50 to 999 sworn officers, and a large police department employs 1,000 or more officers.

All police agencies are comprised of multiple divisions and units, each designed for a specific law enforcement or support function. Large police departments are structured with more specialization, like counterterrorism, transit, housing, and inclusion divisions to serve diverse and densely populated metropolitan areas. Small and midsize police departments generally have fewer divisions and specialty units and are primarily focused on patrol, traffic, and investigative operations.

Some communities are critical of law enforcement’s response to their homeless population, the mentally ill, and drug addicts even though their respective state and/or city government lacks comprehensive approaches to manage them.

One Size Does Not Fit All in Police Departments

For example, several large cities are calling for the removal of law enforcement personnel from public schools. Yet in Florida, the Marjory Stoneman Douglas High School Public Safety Act of 2018 requires a police officer or armed guard to be stationed in every public school.

Funding is a major issue that is more limited in small towns. Such limitations influence the availability of police officer training and restrict the purchase of new equipment. Defunding or reducing these police budgets would only exacerbate the problem.

One consideration to repairing the fracturing relationship between law enforcement and communities is to refocus on the community-oriented policing (COP) philosophy, which allows police officers to serve the community in a variety of ways. COP provides officers with opportunities to serve their community beyond their crime fighting role. The philosophy promotes strategies by which the police and the community can develop a partnership to proactively combat poor quality of life issues and criminal activity.

While most police agencies practice some form of COP, many organizations limit COP to one unit rather than allowing the concept to permeate the entire agency. Police officials should consider implementing the COP philosophy throughout the organization to build a culture of service. That’s a multi-step process.

First, law enforcement leaders must address crime trends, listen to their community’s needs, work with local government, and advocate for their agency’s sworn members. First and foremost, law enforcement is obligated to protect its citizenry from crime and address it proactively.

Second, community leaders should analyze what their residents expect from law enforcement. Listening to the community and understanding their expectations can alleviate tension and build better relationships. Equally important is encouraging the public to participate in ride-a-longs, attend police-sponsored events, as well as offer a Citizens Police Academy, so that communities can learn to appreciate the department’s mission, goals, and values. Ultimately, a police organization gains its legitimacy from the community it serves.

Third, developing a working relationship with local leaders is paramount to the success of the police agency. Determining the role and direction of law enforcement must be a partnership with municipal government, not a dictatorship. Mayors should listen to law enforcement leaders as well as the community when determining a police organization’s role in that community.

And finally, police chiefs must take an active and visible role in leading their organizations through challenging times. Chiefs must lead and inspire their officers in word and action by being present in the police station, the city hall, and among the public supporting their officers.

So, should law enforcement’s role be revised or even eliminated, as some would suggest? That’s a decision that should be debated at the local level by each community and its respective law enforcement organization. 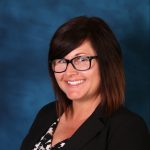 About the Author: Dr. Nicole Cain is an Assistant Professor with American Military University and has instructed numerous criminology and forensic courses online for more than 14 years. She recently earned her Ed. D. in Organizational Leadership from Southeastern University. She has more than 20 years of law enforcement experience serving in a variety of capacities to include patrol operations, uniform crime scene, community-oriented policing (COP), and criminal investigations. She is currently assigned to the Criminal Investigations Section’s Felony Intake Office where she prepares all felony cases for the State Attorney’s Office. During her career in law enforcement, she has authored police reports, arrest affidavits and search warrants, observed autopsies, testified in court, processed crime scenes, interviewed witnesses, and conducted interrogations.

Dr. Nicole Cain is faculty at AMU. She has 20+ years of law enforcement experience as patrol operations, uniform crime scene, COP, and criminal investigations. She is currently assigned to the Criminal Investigations Section’s Felony Intake Office and prepares all felony cases for the State Attorney’s Office. She recently earned her Ed.D. in Organizational Leadership.