Tragic events such as the 2014 Michael Brown shooting in Ferguson, Mo. and the police-involved death of Eric Garner in New York City has spurred debate about whether or not police departments within the U.S. are becoming more militarized. The emphasis seems to be on the word “more,” implying that militarization is somehow a foregone conclusion and the question is how much more militarized they will become. 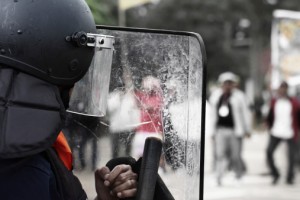 Such police-involved incidents are not in themselves evidence that police are or are not becoming militarized. The term “militarization” is often confused with advances in equipment and techniques based on a changing world (versus true militarization). A police force benefitting from military equipment and training is not necessarily a bad thing.

Weighing the Evidence
Some coverage and commentary on the NYPD choking incident involving Eric Garner, seemed to imply that chokeholds are reserved for use in the armed forces and an officer applying one is somehow proof of growing militarization within law enforcement. Yet, at best, one might argue it is a shared tactic that is not new to law enforcement. Former NYC Police Commissioner Raymond Kelly severely limited the use of chokeholds back in 1995 (some might say it was banned except for extreme circumstances such as when an officer’s safety is in jeopardy).

If such tactics are not in themselves proof of a growing police militarization epidemic then what about reports of police departments inheriting surplus equipment such as armored personnel carriers?

Let us first answer a question with a question: Should U.S. law enforcement today still use single-shot weapons just as their earlier counterparts did? Of course not. This attempt at humor is an effort to highlight just how ridiculous such a notion would be.

Keeping Up in a Changing World
The reality is that times have changed and these changes include weaponry, tactics, body armor, and other equipment. Criminals today have benefitted from those changes, too.

To understand why police must enhance weaponry and tactics one only needs to consider recent incidents such as the terrorist attacks in Paris, France, or past events such as the 1997 North Hollywood Bank of America robbery where assailants were heavily armed with assault weapons and protected by bullet-proof armor. During the latter incident, two bank robbers were initially countered by first responders equipped with small arms.

What happens when a criminal armed with automatic assault weapons and full-body armor takes on first responders with 38s and other small arms? The answer can sadly be seen in the initial outcome of the 1997 bank event: 11 officers and seven innocent bystanders were shot and injured. Only after SWAT arrived with AR-15s and an armored vehicle (yes an armored vehicle…go figure) was that situation contained and the robbers killed.

Ultimately, this incident was a catalyst for a number of changes within the LAPD, such as better armor for officers and vehicles as well as greater accessibility to assault weapons. While some might argue to the contrary, such changes in themselves do not result in confirmation that police militarization has somehow occurred. Rather, such changes equate only to the very necessary natural evolution within law enforcement to counter the reality of the changing world and the criminal threat.

While no one should be advocating for civilian law enforcement to become the military (each has their specific and very important roles), the opposite also holds significant weight. That is, law enforcement has a sacred duty to be capable and prepared to protect the communities they serve.

For law enforcement not to benefit from military training and advanced technology would seem, at best, to be a mistake and, at worst, simply turning a blind eye to both history and the world we live in. 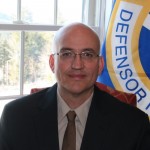 About the Author: Dr. Allan Conkey is a retired officer and a decorated veteran of both the first and second Gulf Wars. Dr. Conkey’s career includes being a criminal investigator, confinement officer, senior U.S. customs officer in Japan, and exchange officer with the Japanese National Police Forensics Laboratory in Northern Japan. As Commander of the Air Force’s Elite Guard, for two years he commanded plain-clothed security details in support of dozens of world leaders and heads of state to include President Bush and Afghanistan President Hamid Kharzai. He is a three time Military Chief of Police and member of the National Association of Chiefs of Police. In all, Dr. Conkey has more than 25 years of active service in the law enforcement and security realm. Today, a published author and faculty member for American Public University System, Dr. Conkey teaches within the Criminal Justice Department, and holds the academic rank of Full Professor.