Police officers are granted awesome power. They have the ability to seize individual liberties, remove citizen freedoms, and take life when necessary. Officers also hold discretionary powers, giving them the ability to choose which laws to enforce. Since officers are granted both power and discretion, it is vital that they have unwavering ethical standards, along with a high degree of reliance and credibility. In law enforcement, professional ethics is central because it distinguishes right from wrong. Police officers face many situations that test their moral fibers; only when they act morally does it separate them from the criminals they are sworn to hold accountable.

Researchers argue that the primary reason police officers must possess ethical principles lies in the simple fact that their position—compared to the average citizen—is one of heightened power and control (Goldsmith, 2005). Police authority and powers can also be coercive in nature, which can facilitate corruption by discretion. Such power, if bestowed upon individuals lacking moral values and ethics, can have devastating and lasting impacts if wielded unethically. Instances of ethical misconduct reduce agency morale and can severely damage relations with the citizens they serve.

[Related: How Susceptible Are Police to Corruption?]

Corruption and immoral conduct within the criminal justice system has been a problem spanning centuries. Incidents like the 2015 incident in Charleston, South Carolina, where a white police officer shot and killed an unarmed black man highlights negative police interactions. In addition to similar cases of excessive use of force, there have also been reports of corruption and racism in police agencies across the country. Scholars, practitioners, and government officials continue to address unethical police conduct and seek avenues of prevention. One way to better understand ethics in policing is through extensive research.

Research has evaluated topics such as an officer’s commitment to the police profession, his or her ability to communicate effectively, officer attitude, their ability to understand others, and their perception on use of force and arrest powers (McElvain & Kposowa, 2008). Other research has focused on individual correlations regarding ethical misconduct including age, gender, race, education, length of service, and criminal history.

Understanding the factors that predict unethical behavior will allow police administrators to formulate informed strategies to address ethical shortcomings. Additionally, such research may help refine the recruitment process. When administrators better understand the competing values and expectations that influence officers, the agency can provide enhanced training for both police officers and police recruits. Similarly, when officers better understand the ethical challenges they may face on the job, they will be prepared to deal with those situations in an ethical manner.

In addition to researching officer characteristics and factors contributing to ethical behavior, researchers have spent countless hours studying the impact education has on officer behaviors while affecting arrests, employing force, or searching criminals.

Does Education Influence an Officer’s Behavior?

In 2001, researchers explored the impact of higher education on the types and quantity of misconduct allegations received in a large Sheriff’s department in the southeast. The researchers collected official data from 231 Sheriff Deputies and found significant relationships between education and misconduct. Deputies who did not have a two-year or four-year degree were found to log significantly more complaints than their college-educated counterparts (Lersch & Kunzman, 2001). Additionally, deputies who only possessed a high school degree acquired more sustained complaints than deputies with two-year degrees.

The researchers posited that their empirical findings support arguments for why agencies should consider instituting educational standards. Another empirical inquiry that used observational data to capture the use of verbal and physical coercion during police-citizen encounters also found that a college education and experience are influential in how officers use force (Paoline & Terrill, 2007).

Another study examined characteristics of officers involved in police shootings. This study looked at the officer’s race, education, rank, age, and gender. The researchers reviewed personnel files of 314 deputies who were involved in police-related shootings and retrieved education and experience variables from their files (McElvain & Kposowa, 2008). Analysis results were similar to prior studies and found that educated officers were less likely to use force (Paoline & Terrill, 2007).

The researchers concluded that the more educated officers possessed more developed interpersonal communication skills than their lesser-educated colleagues. Similarly, they found that officers with a college degree were 41 percent less likely to fire their duty weapon than officers with a high-school diploma or some college credits.

Should Agencies Have Educational Minimums for Officers?

The debate over the importance of higher education for police officers is not new (Paoline & Terrill, 2007). Educating officers and bringing a sense of professionalism to law enforcement has been a goal and topic for researchers since the reform era of the early 1900’s. Professionalism, after all, is the foundation of all occupations.

Practitioners and scholars have long argued the value of higher education on police performance (Manis, Archbold & Hassell, 2008). National Commissions (1931) from the 1930’s and 1970’s heralded the benefits of employing college-educated police officers, recommending that all departments institute educational minimums for employment. Additionally, it was believed that increasing the educational minimums for police recruits could be the vehicle to propel police organizations to professional status mirroring other occupations. Police professionalism is a worthy pursuit and one that endorses the interests of society (Bumgarner, 2002).

Despite pleas for reform requiring a college degree for law enforcement employment, few departments have instituted such policies. In fact, only 1 percent of local police departments require a four-year degree (Hickman & Reaves, 2006). Every state in the country mandates minimum training requirements for new hires, but most organizations do not expect new hires to possess education beyond a high school diploma (Lersch & Kunzman, 2001).

Law enforcement officers are not exempt from the tenets of ethical behavior, whether on-duty or off. Similarly, in policing, officers are often faced with life-threatening decisions and have little time, if any, to respond. Having a sound ethical and moral platform will provide officers in making good decisions that are grounded with sound principles. Research suggests that college-educated officers use force less often and have stronger communication skills, which can prove invaluable for the officer, the agency, and the community they serve. 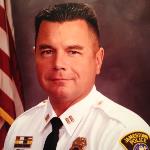 About the Author: Dr. Todd Isaacson has worked in higher education since 2008 and has taught more than 40 different Criminal Justice, Emergency Management, and Homeland Security courses at both the undergraduate and graduate level. He currently serves as an adjunct faculty member in the School of Security and Global Studies at American Military University. Isaacson obtained a BS in Aeronautics, an MS in Emergency Management, and a Ph.D. in Public Safety/Criminal Justice. Isaacson currently serves as Captain with the Jamestown (NY) Police Department and prior as a medivac pilot with the Chautauqua County (NY) Sheriff’s Office.

Bumgarner, J. (2002). An assessment of the perceptions of policing as a profession among two-year and four-year criminal justice and law enforcement students. Journal of Criminal Justice Education, 13, 313-334.