On March 15, officers in the Fort Worth, Texas police department fugitive unit made an attempt to arrest Ed McIver Sr., who, according to Reuters, was wanted on felony charges for family violence and aggravated assault with a deadly weapon. On that Tuesday afternoon, McIver was traveling in a vehicle with his son Ed McIver Jr. In an attempt to escape arrest, the two men fled from the police, which ended in a shoot-out.

During the gunfire, Officer Matt Pearce was shot seven times: once in the cheek, twice in the arm, twice in the chest, and twice in the leg. He survived. McIver Sr. was shot and killed, and after a search, McIver Jr. was captured, armed with a rifle. According to reports, McIver Jr. is now being held on multiple charges including criminal attempt capital murder.

It’s unlikely that when Officer Pearce left his wife and two little girls (ages three and one) to head to work that day he anticipated such a deadly altercation to ensue. Though I’m sure if you would have asked him, he would have said that it comes with the territory—shrugging off the danger so he could perform his duties.

Amid all the public scrutiny involving the police and the public, it’s important to take a moment to reflect upon all the things these brave men and women put on the line when they head to work each day. Matt Pearce is a husband, father, friend, and colleague. He’s a Yakima native and fellow Washington State University alumnus who still has strong bonds with his Beta Theta Pi fraternity brothers. Everywhere his life has taken him, Pearce worked hard to serve his community. He was a volunteer firefighter in Pullman, Washington then later worked as an EMT both there and in Fort Worth prior to becoming a police officer.

Each day Pearce leaves home, he goes to work the same as many of us and interacts with friends and colleagues. One big difference is that for many of us, our jobs don’t require us to wear bullet-proof vests or carry tools like handcuffs, a night stick, a Taser, or a firearm to help us do our jobs safely. A bad day for us may include a disagreement with a coworker, a computer crash, or a parking ticket, but for Matt a bad day means being forced to put his sidearm to use to protect the public, his partner, or himself.

Upon hearing the news that Matt had been involved in a shooting and was in critical condition, Matt’s family and fraternity brothers sprang into action. The Beta phone tree started shaking from Fort Worth to Moscow, Idaho, and over to Lake Stevens, Washington. Along the way the fraternity brothers began working to protect and provide support to Pearce’s family. Discussions arose about how support could best be demonstrated. Obviously all would do anything to help Matt’s wife with whatever she needed, and thoughts went to the kind of support Pearce’s children might need while their dad was on the mend. A Hero Down Go Fund Me account was created to help his family with expenses. In addition to this, a non-profit is in the works to continue to pay it forward and help provide for protectors in need like Matt Pearce. From Texas to Washington, Pearce’s community rose to the challenge of providing him and his family with love and support.

Being close to this situation makes me stop and reflect on the often dangerous positions that the men and women in law enforcement must contend with on a regular basis. When I personally think about those working in positions like Matt’s, including my friends, students and those I see in action, the first thought that comes to my mind is “thank you.” Thank you for all you do to help make our streets, parks, facilities, and communities safer. I deeply respect the hard work that professionals in law enforcement and public safety put in every single day to help keep the public safe. This sense of gratitude is something that is often forgotten as interactions become scrutinized and often turn to how the police could have carried out their duties differently.

Do challenges arise over policy implementation, appropriate use of force, and other actions by police? Certainly. And often these cases highlight areas of needed reform and enhanced training. However, rather than allowing this to drive a dividing wedge between law enforcement and the public, we as a community need to provide support and work on these things together.

To help us get back to the root of the problem, it’s important to reflect on the intended purpose and role of law enforcement within our communities. As a society we need to work together to help ensure that law enforcement personnel are set up for success. We need to do all we can to help law enforcement carry out their duties in accordance with the rule of law. We need to be actively involved in discussions carried out at the local, state, and federal level to help ensure that our public servants have the resources and training they need in order to effectively carry out their roles, and allow them to make it home safely after a long day at work. It is this kind of community involvement that will ultimately allow us to work together to keep one another safe. 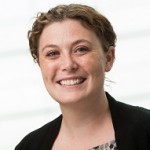 About the Author: Dr. Nicole Drumhiller graduated with a Ph.D. in Political Science from Washington State University. She is currently the Program Director of the Intelligence Studies Program at American Public University System. Nicole teaches courses in analysis, profiling, deception, and propaganda. Her research interests include cognition, group and leadership psychology, and extremist studies.