News Anchors Murdered on Live TV: Is This Violence the New Normal?

This week, two innocent victims were shot dead while performing a seemingly non-dangerous profession. A third victim was also injured. This time the victims were news reporters; reporting from a small city in the middle of Virginia.

This is yet another selfish act of deadly violence where innocent people are murdered while doing everyday activities, like watching a movie in a theatre, or going to work or school. Has this senseless violence become the new reality in America? 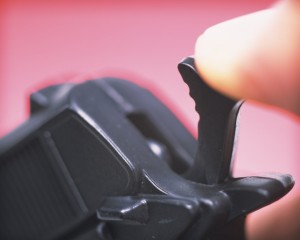 I recall reading an article on crime normalization whereby the author noted that unprecedented levels of violent crime were starting to seem acceptable in our society (Moynihan, 1993).

Ask yourself if you calmly shrugged your shoulders when you heard that these two reporters, Alison Parker and Adam Ward, were gunned down while live on the air? Did you see the video that the shooter recorded and then move on to the next story or the next task in your day?

There seems to be growing sentiment, especially prevalent on social media, that people are becoming numb to these violent crimes. At the very least, there is a higher tolerance and higher level of acceptance. Are we truly becoming desensitized to violence?

Mental Illness and Violence
There have been reports and speculation that the suspect in this most recent case had demonstrated some mental instability. Other offenders in recent attacks have sometimes indicated that their well thought-out plans were retaliation for how they were wronged by society.

Is there a link between these violent crimes and the lack of help available for those with mental illness? Since the deinstitutionalization of the mentally ill back in the 1960s, many feel that some are not getting the healthcare that they need. This is not to say that all mentally ill people are violent—actually only a very small percentage of those suffering from mental illness are violent.

Prevention
While the random nature of these crimes makes it difficult for law enforcement or anyone to prevent, this should serve as a reminder that the public should continue to identify people of concern. These perpetrators often have a history of troubling behavior. By reporting such behavior to authorities, whether it’s school administrators, organizational leaders, or law enforcement personnel, it may be possible to prevent future violent acts.

This latest tragedy will also reignite the debate in this country about gun violence and whether or not we need stricter gun control laws. As we move forward one can’t help but feel that we have been here before and that we are becoming desensitized to violence as a nation.

Should Incendiary Speech Be a General Intent Crime?