It is no secret that this is a tough time to be a police officer. Public sentiment is often influenced by the media. Conventional news outlets and social media show images or videos of police acts of misconduct, which in reality are committed by a very small percentage of police officers. Sometimes these images or videos do not show the entire episode that led to an altercation with law enforcement. These depictions do not reflect the overwhelming percentage of police officers who are ethical, honest, and law abiding.

This is based on my more than two decades of experience in law enforcement and in working with police agencies in the United States and abroad.

[Related: How I Learned to Process Trauma in My Policing Career]

There is no denying that some in uniform should not be on a police force and should certainly be held accountable for their actions if they violate the law or department policies. However, the entire profession should not be judged by the actions of a very few, which is stereotyping.

Recent negative sentiments toward law enforcement, calls to defund the police, and hostility toward law enforcement have taken a toll on police morale. In a recent poll in South Bend, Indiana, an anonymous survey of all 220 police officers on the city force found that around 80 percent have considered leaving the department. The survey also found that 40 percent of officers believed that morale is “as bad as it’s ever been.”

[Related: Why Every First Responder Department Should Have a Chaplain]

This sentiment is common with police departments around the nation. The head of the International Association of Chiefs of Police, Steven Casstevens, said it best: “Law enforcement is the only profession where you get rocks, bricks and Molotov cocktails thrown at you merely because you’re in the same chosen profession as someone else who did something horribly wrong thousands of miles away.”

In addition to the toll that police misconceptions are having on policing, it is an inherently dangerous job and negative sentiment only increases danger. In the past 10 years, 1,627 law enforcement officers have been killed in the line-of-duty, according to the National Law Enforcement Officers Memorial Fund.

Most Law-Abiding Citizens Never Interact with a Police Officer

Part of the current general misconception about the police is due to the fact that most law-abiding citizens never interact with a police officer. Therefore, they have no experience on which to make judgments about the police. Yet there is widespread inherent confidence that they will receive prompt and proper police services if they are ever in need of help during an emergency.

As a result, most citizens are left to form their opinion of law enforcement based on media narratives or current sentiments prompted by recent protests and riots around the nation.

Considering the general misconception toward the police that does not accurately represent the vast majority of ethical officers, their low morale, and the dangers officers face, there may never have been a more important time for law-abiding citizens to show their support for law enforcement.

There are several things citizens can do in this regard. One step is to post or share a positive story about law enforcement on social media. This is helpful because it shows law enforcement in a positive light and displays some of the good work officers do on a daily basis.

For example, during the ongoing coronavirus pandemic, a Minnesota police officer left Dr. Sarosh Ashraf Janjua in tears of surprise and happiness. When he pulled her over for speeding he learned that she flies to Minnesota from Boston once a month to do cardiology work at local hospitals. She thought he was going to give her a citation; instead, he handed her five new N95 face masks from his own state-provided supply. The doctor was quoted saying, “This complete stranger, who owed me nothing and is more on the front lines than I am, shared his precious masks with me, without my even asking.” Then she added, “The veil of civilization may be thin, but … we are going to be ok.”

The fact is police officers do not want corrupt cops working with them any more than the public does. Imagine the impact of citizens organizing an event or a rally in support of the honest and ethical police officers that serve their community!

I am confident that any police department in the nation would be appreciative and would probably join with the community to support ethical policing. Sending letters of support to law enforcement departments is another option especially when the letters come from children.

The most effective way to show support for law enforcement is to thank them when you see them on the street. Opening a dialogue with a police officer who is not on a call is one of the most effective ways for the public to gain a better understanding of the person behind the badge and to have an honest chat about what is occurring in the community or in local policing. 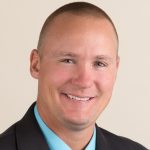 About the Author: Dr. Jarrod Sadulski is an associate professor at American Military University and has over two decades of law enforcement experience. He has engaged in speaking engagements in the United States, Central America, and Europe on the topics of human trafficking, narcotics trafficking, police responses to domestic terrorism, and various topics in policing. Recently, he presented at the 2019 International Human Trafficking Conference and conducted in-country human trafficking research in Central and South America. His expertise includes infrastructure security, maritime security, homeland security contraband interdiction and intelligence gathering.

Dr. Sadulski is an Associate Professor within our School of Security and Global Studies. He has over two decades in the field of criminal justice. His expertise includes training on countering human trafficking, maritime security, effective stress management in policing and narcotics trafficking trends in Latin America. Jarrod frequently conducts in-country research and consultant work in Central and South America on human trafficking and current trends in narcotics trafficking. He also has a background in business development. Jarrod can be reached through his website at www.Sadulski.com for more information.