The Mendocino Complex Fire in northern California is now the largest wildfire in state history.

The Mendocino Complex Fire consists of two fires, the Ranch Fire and the River Fire. It doubled in size and decreased the total containment figure to 30 percent, down from 33 percent the previous day, ABC News Channel 10 in Sacramento reported Monday.

The number of structures threatened by the fire decreased as well, from over 15,000 on Sunday to 9,300 Monday morning. Seventy-five residences have been destroyed. 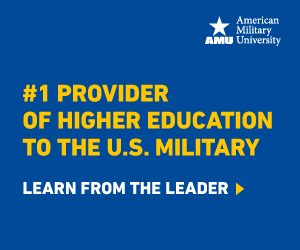 Mendocino Complex Fire Grows by 70 Percent over the Weekend

Altogether, the Mendocino Complex Fire has burned 266,982 acres, having grown about 70% over the weekend. The Ranch Fire has consumed 225,000 acres with just 21 percent containment; the River Fire has destroyed almost 49,000 acres and is 58 percent contained, according to CalFire data.

On Saturday, a Pacific Gas & Electric Company worker died while working to restore power, a company spokesman told CNN. The unidentified worker became the seventh fatality of the Carr Fire.

“The  declaration helps people in the impacted counties through eligibility for programs and support, including housing assistance, food aid, unemployment assistance, counseling and medical services and legal services,” CNN explained.

As of early Monday, the Carr Fire had burned 163,207 acres and was 45 percent contained, USA Today reported.

There are 17 major fires currently burning across the state.

Crews from Australia and New Zealand Coming to Assist Firefighters

More than 14,000 firefighters from California and other states are fighting the blazes. Fire crews from Australia and New Zealand are coming to the state to help.

The Chinese Spy Balloon: Another Attempt to Collect Intelligence

Delayed Onset Muscle Soreness and the Reasons Why It Happens