Police work is a complex job that takes skilled, well-rounded, and intelligent people to do well. Being proficient in the skills needed to master the job of a police officer takes a unique individual, along with special skills that are too often overlooked.

Every day, officers interact with suspects, witnesses, or victims. They respond to extremely complex situations that often involve frightened or angry people. To do so effectively requires top-notch critical thinking and writing skills, which are rarely focused on enough as part of law enforcement training. Officers who are intelligent, able to think clearly under pressure, and compassionate are going to be effective because they are better able to make good decisions, detect suspicious behavior, and see through lies.

Consider the best cop you have ever met or worked with. Did they possess notable speaking and communication abilities? Good cops can talk to anybody in a relatable way, whether that person is a victim, suspect or community member. They can use force if they need to, but often don’t have to. Their reports are well-written and they often avoid time in court because their investigations are top-notch.

What Skills Make a Good Officer?

Compiling a list of the requisite skills of a law officer could get lengthy. Broad categories include: good at problem solving, compassionate, possessing good judgment, observant, collaborative, resourceful, and assertive. To be a good investigator, officers need to have a sound understanding of law, healthy skepticism, critical thinking skills, and the ability to control bias. All these skills are of paramount importance but they are neglected in society generally, and police training does little to correct for that deficiency.

Police work is not like engineering or medicine; you do not need a specific college degree or trade-specific expertise to get hired. While many more officers today have college educations than in the past—which has been shown to be beneficial—officers learn a lot on the job.

When a patrol cop or a detective charges a person with a crime they are required to gather probable cause. Probable cause means they must compile evidence that creates a reasonable belief the offender committed the crime. Officers basically make an argument that the suspect violated a particular statute and that argument is then submitted to further scrutiny by prosecutors, judges and ultimately a jury.

The entire process is based on forming sound arguments. Not forming a sound argument could mean potentially imprisoning the wrong person or coming to the wrong conclusion about the situation. Officers must have well-honed critical thinking skills in order to come to a sound conclusion and then make a bullet-proof argument.

Critical thinking is described as a persistent and skeptical mindset that always checks for accuracy and searches for potential flaws in the argument. This is an area that forensic science, because of its adherence to the scientific method, focuses on, but oftentimes cops and detectives don’t get the same education. Officers have to be trained how to look for the flaws in their evidence and reasoning during an investigation and strive to avoid confirmation bias.

Researchers from the University of Kent claim that critical writing skills teach people to present effective arguments in a clear and organized manner. Over time, writers learn to form arguments in a way that leads readers to a logical conclusion. In presenting their findings, the researchers even go so far as to compare good critical thinking skills to conducting a criminal investigation: you must investigate the problem, prosecute and defend ideas, cross-examine witnesses, and then reach an informed verdict.

Learning to be an effective writer teaches you to evaluate evidence and then effectively deliver an evidence-based argument for a certain conclusion. This needs to become a focus of police officer skill development.

In a selective observation experiment called the “Monkey Business Illusion” video, the viewer is asked to count the number of passes some students make with a basketball. A person in a gorilla suit then walks through the frame and beats its chest. Many people are so focused on counting the passes that they miss the gorilla entirely. Cops are constantly taught to try to break tunnel vision, but the lesson here is not just about tunnel vision. When someone is trained or asked to look for one particular thing, they often miss other very important clues about the totality of the situation. In these cases, officers may assume they know the cause of something before thoroughly analyzing the situation, a fallacy called “knowing at a glance” (Jackson, 2015, p. 111).

Knowing at a glance has consequences that include confirmation bias. Studies show that compared to just two decades ago, people today are far worse at being able to see things from different angles, synthesize information and utilize creative solutions (Jackson, 2015). This can be devastating to a police officer. It means potentially using deadly force when it isn’t needed or missing an important clue in an investigation.

We have to make a priority of seeing each new scenario with an open mind and not letting our mind be clouded by our assumptions. In an investigation, that means checking your “facts” over and over.

Harvard Medical School and many other medical schools have started using the arts as a way to train doctors in observation and perception. Medical students are asked to observe a piece of artwork for a period of time and note how their observations change over time. This program has shown an increase in the diagnostic skills of medical students by 10 percent, and a 40 percent increase in sophisticated and accurate notations on visual skills exams (Jackson, 2015).

Using the arts in medical schools was likely met with some resistance by doctors who believe there is little in common between advanced scientific knowledge and an artistic portrait, but the results speak for themselves. The value of the arts and humanities for improving critical thinking and enquiry skills cannot be understated. Philosophy majors, for example, tend to score higher on the GRE, LSAT, and MCAT than individuals from other majors.

How can this strategy be used in law enforcement? Officers must make life and death decisions and conduct investigations into criminal acts much like physicians investigate what’s ailing a patient. Law enforcement agencies should consider innovative and surprising techniques to train officers how to hone their observation skills. Such training also doesn’t have to be lengthy – reports show that medical students benefited significantly from only eight hours of such training (Jackson, 2015).

Every officer can benefit from enhanced skill-building aimed at improving critical thinking, writing, and observation abilities. While the vast majority of officers do not enjoy writing reports, it is central to their success and effectiveness as an officer. Skillful writing teaches them how to form good arguments and think critically about investigations and evidence. Focusing on critical thinking and writing will enable officers to form good arguments and it will make them better, more well-rounded and effective officers. 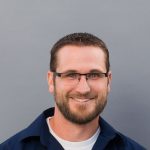 About the Author: Scot DuFour has been a police officer since 2004 and is currently an investigator with the Aurora Police Department in Aurora, Colorado. Scot was previously a police officer in Arizona and a task force officer with the Drug Enforcement Administration. He is a graduate of American Public University with a bachelor’s degree in philosophy and a master’s degree in criminal justice. To contact the author, please email IPSauthor@apus.edu.