In recognition of Sexual Assault Awareness Month (SAAM), it is important to recognize laws that help prevent sexual abuse. One law that has had a significant impact is Erin’s Law. This law requires schools to teach age-appropriate curriculum about sexual abuse to students in prekindergarten through fifth-grade. The purpose of the educational effort is to get the victims to disclose abuse. 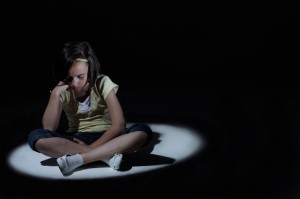 This law is being spearheaded by activist and child advocate, Erin Merryn. Erin was a victim of child rape and abuse by a neighbor from the time she was nearly seven until a year and a half later when her family moved. However, the move did not end her nightmare; she was victimized once again, this time at the hands of a family member from the time she was 11 to the age of 13.

Both abusers threatened her into silence, so for years she felt she had nowhere to turn. Her only outlet was her diary, which she later turned into a book, Stolen Innocence, that she self-published her senior year of high school. Erin then took her story public through media appearances and speaking engagements in an effort to help others. On March 13, West Virginia became the 21st state to pass a version of Erin’s Law. Similar laws are pending in 23 states and territories.

Erin’s Law was first introduced in Illinois in 2010 and was signed in 2011. A second version of the law, which required all public schools in the state to teach sexual abuse prevention, was adopted by Illinois in 2013.

At least 21 states have enacted similar legislation that requires either the study of or development of age-appropriate child sexual abuse identification and prevention curricula to help children, teachers, and parents recognize and identify child sexual abuse.

The legislation also generally provides for some type of referral, counseling, or safe way for children to report incidents sexual abuse and requires training for school personnel. Many states have also required task forces to further study the issue and provide statewide recommendations.

However, there remain some states in which legislators are a bit more reserved. On April 20, it was reported that Erin’s Law is stuck in the Alaska Senate Education Committee. Representatives have concerns about imposing state laws about sexual abuse prevention, which they believe should occur instead at the local community level. These lawmakers believe the states should be more concerned about providing resources rather than mandating prevention efforts. Still others fear that it places an unfair additional burden and liability on teachers who are not properly trained and are not necessarily qualified to deal with these types of issues.

Despite the concern, this author feels strongly that the law should be passed. What are your thoughts concerning such a law? Are the concerns of the Alaskan representatives valid? Should such concerns prevent the law from being passed?

About the Author: Michael L. Beshears has two B.S. degrees, one in psychology and another in criminal justice from Drury University. He also has two graduate degrees, a M.S. in criminology from Indiana State University and a M.A. in health services management from Webster University. He recently completed his PhD in business administration with a concentration in criminal justice. Mike is a retired senior noncommissioned Officer in the U.S. Army. His 22-year career includes work with the Special Forces, as well as assisting other agencies in their performance of criminal investigations. He has an extensive background in emergency medicine and intensive care medical treatment, as a Special Forces medic, emergency medical technician and licensed practical nurse. Mike is currently an assistant professor of criminal justice at American Military University & American Public University and is full-time faculty in the School of Security and Global Studies. You can contact him at michael.beshears(at)mycampus.apus.edu.