Keep an Eye Out for New, Strange Drugs People Are Abusing

Drug use has changed dramatically over the last 30 years. When I first started in law enforcement 26 years ago, people were mostly using meth, cocaine, heroin, marijuana, or PCP. With the growth of the Internet, people are now able to learn about more unusual and strange drugs. 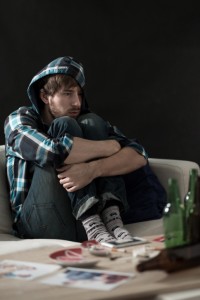 The ability to instantly share information has enabled word to spread quickly about some of the more fringe drugs that were not always so readily accessible to people. For example, someone can find a way to get high using a household product and post it on any number of drug user websites. Drugs such as bath salts, Spice, Flakka, and Mephedrone have become increasingly popular.

[Related Article: How To Become the Best Dope Cop In Your Department]

Police officers must be aware of the new strange drugs people are using and the effects those drugs have on their behavior. Here are some of the stranger drugs that people are using:

Yes, this is the same nutmeg that you find in your spice rack – and it is classified as a hallucinogen. In the U.S., it is mainly used as a spice. However, nutmeg is used for other purposes in other cultures. Arab doctors use it to treat digestive disorders, kidney disease, and lymphatic ailments while Yemeni men use it to increase and maintain sexual vigor.

Effects can take 2-7 hours to come on, depending on how recently the last meal was eaten. The primary effects of nutmeg can last up to 24 hours with more minor secondary effects continuing for up to 72 hours. Most users report that they feel strong effects for 10-15 hours.

So how do you take it? Users can spoon it into their mouth or mix it with a drink and swallow it. Many users report that they are in a dream-like state while high and have hallucinations

Despite the name, users don’t actually lick a toad, but there is such a thing as getting high off of a toad. The skin and poison of Bufo alvarius (Colorado River toad or Sonoran Desert toad) contain 5-MeO-DMT and bufotenin. Other species of toad only contain bufotenin. When 5-MeO-DMT and bufotenin are combined they form a chemical belonging to the family of hallucinogenic tryptamines. Because of these substances the skin or poison of the toads may produce psychoactive effects when ingested.

Users “milk” the glands of the toad, which releases a white milky substance. When it is dry, the user will either take it orally, or sometimes will smoke it. Users who use this drug will have symptoms consistent with a hallucinogenic drug. Users report being high anywhere from 1 to 8 hours.

Scopolamine originates naturally in some plants, but has also been synthesized to put into some medications. Most people who abuse scopolamine find it in natural plants like henbane, jimson weed (Datura), angel’s trumpets (Brugmansia), and corkwood (Duboisia). Scopolamine is found in certain medicines that treat motion sickness, gastrointestinal spasms, and irritable bowel syndrome.

Yes, the same Freon that is in older air conditioners. (The chemical also harms the ozone layer, and has been banned by international treaty.) To get the Freon, users will take a trash bag, release the safety valve on the air conditioner and drain the Freon into the bag. Users inhale Freon from the bag directly. Freon is classified as an inhalant and users will report very vivid hallucinations. There have been reports of children dying who huff Freon, including a 12-year-old girl in Victorville, California. Many users report it is the worst high they have experienced and warn against its use.

I’m sure this list of strange drugs will change over time as people find more and new ways to get high. As a law enforcement officer, it’s extremely challenging to stay informed about all the new strange drugs being abused. To learn more about new and trending strange drugs and how people are abusing them, visit websites like http://www.bluelight.ru/ or http://www.drug-forum.com/. Also, every time you arrest someone for drugs, talk to them about anything drug related. Ask them what drugs are new or popular on the street and what it’s like to be high on them. After 26 years, I still ask the same basic questions about drug use and I always learn something new. 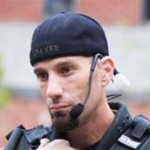 About the Author: Keith Graves has been a police officer in the San Francisco Bay Area since 1990 and is currently a supervisor for a Special Operations Unit (a unit tasked with narcotic, vice and gang investigations). Keith is a Drug Recognition Expert Instructor and teaches both the DRE course and the CNOA Drug Abuse Recognition Course. Keith has also taught at the Basic Police Academy and has developed a number of drug courses for the California Narcotics Officers Association. Keith has held assignments as a Narcotics/Vice Detective, Training Sergeant, Patrol Sergeant, COPPS Officer, Traffic Officer, and SWAT Team Leader. Keith has taught thousands of officers and businesses about drug use, drug trends, compliance training and drug investigations. Keith earned a BA in Business Management from Saint Mary’s College of California. He is attending American Military University pursuing a Master’s Degree in Criminal Justice in the School of Security and Global Studies. Keith is also a member of the Kappa Kappa chapter of Alpha Phi Sigma National Criminal Justice Honor Society at AMU. Keith is the founder and president of Graves & Associates, a company dedicated to providing drug training to law enforcement and private industry.