Is the Use of Shock Imagery Effective for Drawing Public Attention to an Issue?

In thinking about the way we understand the world around us, social psychologists have made the case that it’s our perceptions—or our interpretation of events and situations—that matter more to us than the actual facts involved. With this being the case, the way information is framed and presented can have a direct impact on the way we think about things and formulate opinions on issues.

Since there is so much going on in the world around us, some organizations within the animal rights movement have taken to using shocking images and tactics as a way to grab our attention and cause a change in our beliefs and behaviors. When it comes to interests groups, their use of attention-seeking behavior and advertising is done to gain support for a cause as well as solicit funds, recruit new members, and bring about a change in beliefs.

Why Framing an Issue is Important
One way that groups can manipulate the way we think about things is through issue framing. In order to appeal to a target audience, a message or policy can be framed in different ways that appeal to different sets of audience beliefs. When it comes to the issues of animal rights and animal liberation, values that are promoted by organizations may not necessarily be commonly held beliefs.

While many people believe that animal cruelty should not take place, people hold different views of what policies against “animal cruelty” should look like. For example, many people might agree that animal crushing constitutes animal cruelty, however, when it comes to eating meat, or the use of animals in medical testing for AIDS and cancer research, the lines become blurred. For this reason, the way an issue is framed plays a large role in how people think about and make decisions about that issue.

The Use of Shock Imagery 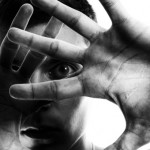 Increasingly, media campaigns have utilized shocking, and at times, grotesque imagery. Shock imagery is not something that is exclusive to the animal rights movement but can also be seen in anti-smoking and anti-drug campaigns. Within the animal rights movement, we have seen shock imagery used by the People for the Ethical Treatment of Animals (PETA) such as their “Holocaust on a Plate” campaign that compares images of holocaust victims to images of emaciated animals in slaughterhouses. In another exhibit, PETA has used images of human slavery and compared that to animal cruelty. In another overt display to draw attention to animal rights using shocking displays, 269Life in Israel did a branding demonstration where humans were seared with cattle brands in public areas. Other displays by this group have included the forceful milking of women in streets, and a public bloodletting demonstration.

Blurred Boundaries
Shocking imagery such as this is meant to push the boundaries of our commonly held perceptions about these issues. To blur commonly held beliefs about animal rights, the boundary-shifting strategy that is in use here is to universalize the way that we think about animals and humans (Cherry 2011). In this manner, these organizations take an extreme approach due to force this universalization by showing animal and human suffering side-by-side as an attempt to get people to view animals on the same plane as humans—worthy of protections.

Questions have arisen regarding the success of shock-imagery campaigns. On the one hand, attention is drawn to the issue, but on the other hand the message may not be taken seriously due to the extremism involved. Instead, rather than focusing on the issue, the group becomes the center of attention. Could extreme tactics such as this actually harm the organizational goals of the animal rights movement?

What do you think: Is this an effective way to gain attention to a cause?

About the Author: Dr. Nicole Drumhiller is the Program Director for the Intelligence Studies program within the School of Security and Global Studies at American Public University System. She is also an editorial board member for the peer-reviewed Journal of Intelligence Studies. Prior to her position at APUS, she also served as an adjunct faculty member at Washington State University where she taught courses in international relations and security studies. Dr. Drumhiller is an expert on political psychology and security studies as it relates to political leadership and decision-making, extremist groups, and weapons of mass destruction. In 2012 she completed field research in Northern Ireland which investigated identity, the manipulation of symbols, and protests within Belfast. She is currently carrying out research that investigates the use of shock-imagery within the animal rights movement.