Intelligence Is Not a Replacement for National Security Policy

Perhaps the greatest instance of this has been, and continues to be, the debate about the United States’ invasion of Iraq in 2003. The narrative goes something along these lines:

The mainstream intelligence community in the United States and abroad determined that the Baathist regime of Saddam Hussein had restarted their weapons of mass destruction (WMD) program. This intelligence drove President Bush’s administration to decide to invade Iraq. This same mainstream intelligence community now indicates that there were no stockpiles of WMD, though there was clear intent to ultimately restart WMD research and production once Saddam had a freer hand.

The current presidential campaign has been partially dominated by these issues concerning Iraq. It is simply the wrong question and, thus, whatever answer is given is the wrong answer. The question of whether or not to depose the Baathists back then or the radical Shiites in Iran now is not an intelligence question; it is a national security policy question that intelligence can enhance.

Reestablishing the Role of Intelligence
Intelligence should never be the driver in national security policy, rather only the vehicle. If the United States wishes to pursue a policy to regime change Iran, Syria, or North Korea or to remove from existence the so-called Islamic State, it should do so because it is in the vital or national interests of the United States. This decision should be made in absence of the intelligence beyond the assessment of threat. We should remind ourselves that the fundamental purpose of intelligence is not policy creation, but threat assessment.

Critics may point out that the existence of WMDs by Iraq or anyone else is the threat assessed, and hence the policy follows. This is fine, in a general sense, with the full understanding that intelligence is flawed even if you have high marks in the two categories that good intelligence is often based upon:

Even if there is confidence that both of these categories have been fulfilled, analysts may only be able to get a general sense of the enemy’s capabilities.

Iran today is not only a threat because of the possible creation of WMDs; it is a threat because of its militaristic and expansionist foreign policy, diplomatic maneuvering, covert intelligence operations, human rights atrocities, missile programs, and state-sponsored support of terrorism. The intelligence question of WMD is important as part of the threat assessment, but it is only one part.

Ladder of Decisions
We can imagine a ladder of decisions where tactics are the first rung. Here we have decisions about specific plans to counter a specific terrorist act, launch a drone strike, or build a new aircraft carrier. As we climb up to the next rung we have operational strategy where we decide where to place that aircraft carrier or how we use drones.

We then move up to national security policy where we create plans for the duration of time a leader is in office, which may even include the decision to go to war. The next rung is national security strategy encompasses decades of decision-making and is where mid-term to long-term goals are decided. The final rung, at the very top, is doctrine and grand strategy—the place where decisions stem from centuries of evolving, but organic choices based on a nation’s history, culture, religion, and geography.

If national security is done correctly, the decision flows from the top rung and determines what you do all the way down the ladder.

If the reverse happens, we often witness disaster. Think of all the talk today about the use of drones in Afghanistan and Pakistan and whether to give arms to the Ukrainians. All of this is important, but how often do you hear someone step back and talk about this in the context of how this will help in five, 10, 50, and 100 years in the future?

Thus, intelligence can only be properly used if it is the clear servant of a strategic national security policy that is attempting to fulfill long-term grand strategy needs. It should never be a replacement for either, nor should it be used as a shield by those unable or unwilling to create such strategy. 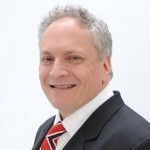 About the Author: Dr. Lamont Colucci has experience as a diplomat with the U.S. Dept. of State and his primary area of expertise is United States national security and foreign policy. He is an associate professor of Intelligence Studies at American Military University (AMU) and an associate professor and chairman of politics and government at Ripon College. He teaches courses on national security, foreign policy, intelligence, terrorism, and international relations. He has published a book entitled Crusading Realism: The Bush Doctrine and American Core Values After 9/11, and was contributing author of another book entitled The Day That Changed Everything: Looking at the Impact of 9/11 at the End of the Decade. In 2012, he became the Fulbright Scholar in Residence at the Diplomatic Academy in Vienna, Austria. He has undergraduate and graduate degrees from the University of Wisconsin-Madison and a doctorate in politics from the University of London, England. Dr. Colucci is also an occasional columnist for the Washington Times, National Review, and Defense News. He is a weekly columnist for U.S. News and World Report, Foreign Policy and National Security. He is also Senior Fellow in National Security Affairs for the American Foreign Policy Council and is Advisor in National Security and Foreign Affairs, to the NATO based Conference of Defence Associations Institute. You can find out more at lamontcolucci.com.