How Syrians are Using Cyber Community Policing to Fight Terrorism

Editor’s Note: This article is based on the author’s capstone thesis project required to complete her graduate degree in Intelligence Studies.

At least one-third of the world’s population uses the Internet, and billions more are expected to join them over the next 10 years. As the growth of cyberspace continues, so does our ability to utilize it to fight criminal and terrorist threats.

Some of the biggest threats begin online including terrorist activity, human trafficking, and illicit drug sales. It is not feasible to think law enforcement agencies alone can monitor all the illegal and dangerous things that happen online. Cyber community policing networks have begun cropping up, which allow Internet users to identify and share suspicious activity. These networks often rely on social media platforms to share information with other users.

Cyber community policing is similar to traditional community policing in that police build relationships with people, but do so in social communities rather than in-person. One of the greatest challenges is that police need to build these relationships in online communities where people are least likely to trust the police because that’s where criminals are more apt to operate, hidden from view. On the other hand, it can actually be easier for law enforcement to obtain information from online users through social media.

Cyber community policing tactics have been used to prevent terrorist and cyber threats in parts of the world that are engaged in devastating conflicts.

Syria has become known for the high number of terrorist attacks by the Islamic State of Iraq and Syria (ISIS). Its border cities have taken the brunt of these attacks and this is where cyber community policing tactics have cropped up.

In response to the constant fighting and devastation throughout Syria, a grassroots movement formed to police communities through social media. The three major cyber community policing groups in Syria are: the Activist Community, the Free Syrian Army (FSA) Community, and the Regime Favourable Community (Syria Cyber Watch 2012, 3).

The concept behind these groups is to use social media for reporting and communicating with others in the border cities who are displaced by terrorist groups. Members send messages out about current events or terrorist threats that are happening in local areas. One report from Syria provided an insightful example of how community policing groups were helping prevent terrorist threats. An activist reported that he was able to send a warning message through Skype—a voice-enabled social media platform—to caution people to leave an area before it was raided (Al-Saqaf, 2016). To the citizens in Syria, the ability to police communities through social media is considered life-saving.

The Internet has become a virtual combat zone. One of the biggest challenges to creating cyber policing networks is the government’s censorship of the Internet. During the Arab Spring, the Syrian government started blocking most of the social networking websites. Fortunately, the tool Alkasir, when translated from Arabic, means to circumvent, gave citizens the ability to break through many of the censored and blocked websites (Al-Saqaf, 2016). The constant censorship and surveillance of the Internet in Syria is a serious risk for online users and threatens the ability for individuals to engage in cyber policing activities. 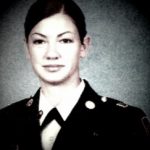 About the Author: Ruth Espitia is a United States Army veteran. She holds a Master of Arts degree in Intelligence Studies with a concentration in Criminal Intelligence from American Military University Ruth has worked for the past decade in both city and government law enforcement agencies as a criminal investigator. During her career, she was also certified as an instructor in community policing as a Drug Abuse Resistance Educator from the Honolulu Police Department.