How Intelligence Failures Contributed to ISIS Territorial Gain in Iraq

In early July 2017, the Iraqi government regained control of Mosul from the Islamic State in Iraq and Syria (ISIS), thereby ending a bloody and destructive nine-month campaign. ISIS controlled Mosul for almost three years after seizing control of the city in June 2014. With Mosul back under Iraqi control, the main focus of the fight against ISIS turns to Raqqa in Syria, where international-backed forces are zeroing in on ISIS forces.

[Related: Understanding the Ideology of Terrorism]

While progress is being made against ISIS in Iraq, it is beneficial to examine the intelligence failures that contributed to the ISIS territorial gains in Iraq in 2014 to avoid similar mistakes.

However, when the military withdrew in 2011 so did the important intelligence assets, thereby creating an intelligence-collection vacuum in its wake. After the U.S. military’s withdrawal, HUMINT operations ended (even the CIA ceased clandestine operations in Iraq). As a result, the IC had to rely solely on satellite imagery and signals intelligence (SIGINT) for intelligence collection.

[Related: Why Overt Intelligence Is Important But Often Undervalued]

The problem with reliance on SIGINT intelligence was that ISIS used human couriers for message transmission (thus nullifying SIGINT) and was able to bypass satellite imagery by blending into the social environment. In essence, ISIS became better at denying HUMINT collection strategies while the IC became worse at HUMINT collection.

As Dahl (2013) states, “strategic-level intelligence and warnings are surprisingly easy to acquire and are often readily available before major attacks, but they are unlikely to be acted upon by decision makers, and in any case too general to be useful” (p. 22). Ultimately, even though the IC raised warnings about ISIS, the inadequacy of the collected intelligence resulted in an underestimation of the will and capability of ISIS and an overestimation of the will and capability of the Iraqi army.

The second factor of Dahl’s theory and its application to the 2014 ISIS territorial gains in Iraq deals with policymaker receptivity. In 2014, the Obama administration was not receptive to the strategic intelligence regarding the ISIS threat in Iraq. This was mainly due to the Obama administration’s reluctance to get drawn back into Iraq after pledging and ultimately getting U.S. troops out of Iraq.

Overall, there were intelligence failures by the IC as well as policy and leadership failures in the Obama administration in response to the ISIS threat in 2014. Based on Dahl’s Theory of Preventative Action, an attack is most likely to succeed if there is strategic intelligence/warning (instead of tactical intelligence/warning) and low policymaker receptivity.

As illustrated above, this was exactly the situation and pre-incident intelligence failures led to the 2014 ISIS territorial gains in Iraq. Specifically, the IC was collecting inadequate intelligence to inform policy makers (due to the withdrawal of intelligence assets) and providing only strategic intelligence/warning to unreceptive policymakers who were focused on other matters and underestimated the ISIS threat.

The failure in responding to the ISIS threat in 2014 especially underscores the importance of HUMINT operations as well as the need for tactical intelligence and for policymakers to be receptive of, and take action based on, available strategic intelligence when appropriate. The IC must also look back at previous intelligence successes and try to repurpose what has worked in the past. As militant groups associated with ISIS are attempting to gain control of territory in the Philippines, it is imperative that the United States does not let what transpired in Iraq repeat itself elsewhere. 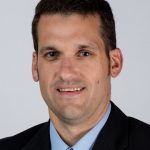 About the Author: Dr. Brian Simpkins is the Principal Investigator and Co-Director of the Bluegrass State Intelligence Community Center of Academic Excellence (BGS IC CAE) and Associate Director of the Eastern Kentucky University (EKU) Justice and Safety Center. Dr. Simpkins is also a part-time faculty member with EKU where he teaches courses in intelligence, critical infrastructure protection and resiliency, and homeland security technologies. In 2016-2017, Dr. Simpkins served as the Program Director of the Institute for Research, Innovation, and Scholarship (IRIS) for the School of Security and Global Studies (SSGS) at American Military University in which he focused on faculty and student research engagement.

Dahl, E. (2013). Intelligence and surprise attack: Failure and success from Pearl Harbor to 9/11 and beyond. Washington, DC: Georgetown University Press

5 Reasons Why You Should Attend the SESA Conference

The Benefits of Joining the Reserves after Military Service

A New Commandant in the Coast Guard Makes Military History