Since 2000, there has been a major initiative at all levels of educational institutions in the United States—from K-12 to colleges and universities—to promote student interest in STEM (science, technology, engineering, and math) coursework. STEM includes the study of physics, chemistry, and life sciences (i.e. biology, anatomy, anthropology), along with math and engineering.

However, despite these nation-wide efforts, there appears to be a continuous deficit in students entering the science fields. The U.S. National Academies (2007) reported in Rising Above the Gathering Storm that there is a deficiency of scientists in the United States. According to Wagstaff and LaPorte (2018), STEM interest suffers from a phenomenon known as the “leaky pipeline.” Students start out pursuing science degrees but transfer to other degree programs, which contributes to low STEM completion rates. Dropout rates are higher for females and minorities, contributing to disproportionately low percentages of women and minorities working in science fields:

One area that holds great potential to garner student interest is forensic science. Forensic science is a fascinating field of study that impacts public safety by utilizing scientific theories and techniques to assist law enforcement as well as the court system. The field has many specialties such as toxicology, entomology, DNA analysis, and digital forensics that require a background in STEM sciences.

Not only is it an interesting career, but there is also a growing need for more forensic scientists. The United States Department of Labor predicts there will be a 17 percent increase in forensic science jobs between 2016 and 2026, which is much higher than the average for all occupations. With continual advances in forensic science technology, these numbers are likely to be higher than estimated.

With the appeal of hands-on work and the clear need for more scientists in the field, forensic science would seem a natural career choice for many students. As with other STEM-based professions, it is a struggle to keep students on this career path of using science to assist with matters of law.

It is the responsibility of academic institutions and individual educators to change this trend by creating a learning atmosphere within classrooms that fosters a love for the sciences. The goal should be to encourage students to develop a passion for STEM at a young age and support their learning through high school and college, providing them with the tools needed to follow a pathway to a forensic science career.

One of the best ways to create enthusiasm among future scientists is through active learning initiatives that use case-based scenarios, which provide real-world examples of what scientists encounter in the field. Active learning is defined as “the process of having students engage in some activity that forces them to reflect upon ideas and upon how they are using those ideas.” Student motivation increases, as does their personal satisfaction and confidence, when engaged in active-learning exercises.

Case-based scenarios engage active learning as they give students an opportunity to use not only book knowledge, but critical thinking skills and group interaction to solve real or fictional criminal cases. In a study by Cresswell and Loughlin (2017), forensic case-based scenarios were assigned to student groups of three and contained the following components:

Overall, students reportedly had a high interest in the case-based scenarios as well as the preparatory lectures that accompanied the scenario. Results of the study revealed improvement in assessment outcomes.

One of the only negative components that students reported was having to work together in a group setting. However, from an academic perspective, group work is critical to learning. It’s also critical for a career in forensics. Forensic scientists solve crimes collectively and in tandem with law enforcement, lawyers, medical examiner staff, as well as other government agencies such as Child and Family Services.

Case-based scenarios offer the possibility of grouping diverse ethnic and gender populations, which can greatly enhance the learning experience. Unique life experiences result in different approaches to critical thinking and absorption of knowledge. Research has shown “diverse teams perform better,” which holds promise in the academic arena for renewed enthusiasm in the forensic sciences as well as other science disciplines.

Academic institutions and educators must find ways to incorporate case-based scenarios and other active learning strategies into their STEM coursework. This style of learning has proven to engage students, help create a passion and enthusiasm for the sciences, and build student confidence in their ability to pursue a career in forensic science or other science-based careers. 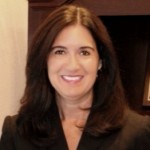 About the Author: Dr. Dena Weiss is an assistant professor at American Military University, teaching courses in criminal justice and forensic science. She has been a crime scene investigator for more than 20 years and is currently a fingerprint expert for a central Florida police department. Prior to that position, she was a serologist for the Florida Department of Law Enforcement. Her court experience includes testifying in more than 200 federal and circuit court cases in over 15 Florida counties. Dena has a bachelor’s degree in Chemistry and Sociology, a master’s degree in Forensic Science from Virginia Commonwealth University, as well as a Ph.D. in Business Administration with an emphasis in Criminal Justice. To contact the author, email IPSauthor@apus.edu. For more articles featuring insight from industry experts, subscribe to In Public Safety’s bi-monthly newsletter.

Dr. Dena Weiss is faculty at AMU, teaching criminal justice and forensic science. She recently retired after 24 years as a CSI and fingerprint examiner. She has testified in 200+ federal and circuit court cases. She is an active member of the Florida Emergency Mortuary Operations Response System. She has a BA in Chemistry and Sociology, MA in Forensic Science, Ph.D. in Business Admin, emphasis in CJ.