How Beat Cops Battle Terrorism: The Role of Local LEOs in the War Against Terror

ISIS. Al Qaeda. Barbaric executions. Suicide bombers. International terrorism is in the news almost every day, but police officers may have other things on their minds during regular shifts of addressing localized crimes and complaints.

Yet the lines between international and domestic threats are closer than many officers may realize. Take for example a 2005 investigation into a chain of robberies by the Los Angeles Police Department, which found that the thefts were an attempt to finance a series of terrorist bombings of military bases and houses of worship around Los Angeles by the radical Islamic group Jamiyyat Ul-Islam Is-Saheeh.

Preparing Local Officers
In most cases, local officers’ training supports the assumption that international terrorism isn’t something of significant concern to them; domestic threats are where their focus lies. It turns out, though, that police officers on the beat do have opportunities to assist efforts against international terrorism.

To shift this mindset so officers see a bigger picture of fighting terrorism requires one thing: enhanced training.

Police departments should seek out continuous training about the current state of international terrorism, and the indicators beat officers on U.S. streets might see. Nearby field offices of federal agencies can offer support, often at no cost to the local department. These agencies could provide:

Officers also daily patrol the same roads that terrorists use to travel and transport materials to be used in their attacks. Further, if terrorists are seeking to avoid detection by living and planning their attacks in rural areas where counter-terrorism efforts are not heavily concentrated, local officers are the most likely to encounter them. 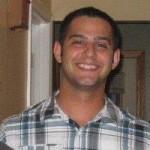 Anthony Galante is part-time faculty member of Criminal Justice at American Military University. A former SWAT officer and retired law enforcement officer with more than 10 years of service, Anthony holds a Masters of Aeronautical Science degree from Embry Riddle Aeronautical University as well as being a past graduate of American Military University (MA Homeland Security 2012, MA Criminal Justice 2011). In addition to university teaching, Anthony is the Director of Training Services at the Unmanned Safety Institute, which is a strategy and technology firm delivering consulting, training, and analytics for clients in commercial industries and law enforcement seeking to integrate UAS into their daily operations.