Thousands of people have been affected by the California wildfires, with multiple reports of residents just barely making it out of the fire’s path in time. Satellite images show entire towns destroyed by the fires.

Thousands of firefighters are battling these wildfires. They’re using traditional firefighting methods like digging fire lines, beating down brush to reduce fuel sources, and dispersing water to stop the spread of the flames. They’re also relying on technology and data. In a previous article, I wrote about how Geospatial Information Systems (GIS) technology provides real-time data during hurricane disaster relief and recovery. This same technology is also being used to keep responders and the public updated, in real-time, about the spread of the fires and the areas most threatened by their unpredictable and uncontrollable nature.

Accessing GIS Data for Real-Time Information on Spread of Wildfires

There are many public and private entities providing GIS data about natural disasters. For example, the Environmental Systems Research Institute (ESRI) Corporation is a leader in providing GIS data about wildfire spread and response efforts to the public. Through its Disaster Response Program, ESRI has created a real-time portal that allows anyone with an internet connection to access a live feed and sensor data coming from both commercial- and government-operated satellites. In addition, this portal allows access to dashboards with various wildfire activity maps across the United States, including the California Fire Situation Awareness dashboard, the U.S. Wildlife dashboard, and a story map of the smoke forecast for the continental U.S. The U.S. Wildlife dashboard provides data that shows the total number of current wildlife fires, wildlife fires by state, and the cause of each fire.

GIS data is only as good as the information reported, which is why it’s so beneficial to link data from various sources into one platform. For example, California Governor’s Office of Emergency Services has a GIS Fire Situation Awareness portal that is a one-stop portal to all kinds of information associated with response. The portal’s features include current weather conditions linked to an advanced weather application called Windy, which provides information on wind direction, as well as temperatures, cloud coverage, and a seven-day forecast. The Fire Situation Awareness portal also includes data like the Santa Ana Fire Threat Index that has predictive analysis about future conditions and threats to the region.

Another great source for GIS data is the California Department of Forestry and Fire Protection that provides information about structural damage in the aftermath of wildlife fires. The agency has also created a GIS evacuation portal with information about evacuation notices.

The federal government also provides robust and extensive information about the wildfires in California. The Federal Emergency Management Agency (FEMA) provides its own Wildfire Incident Journal and publicly available information with the assistance of the Geospatial Multi-Agency Coordination on wildland fire support. The journal has up-to-date population information including the number of seniors, children, and households impacted by the fires.

GIS portals are becoming an indispensable tool for all those impacted by natural disasters, including first responders, state and local governments, businesses, and the public. These portals continue to grow in number and sophistication as they consolidate enormous amounts of data from numerous sources. This valuable information can be linked and analyzed in various ways to provide real-time situational awareness needed to save lives. 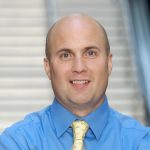 About the Author: Kurt Binversie is an active-duty Marine with more than 19 years of dedicated service. He is currently the Imagery Chief as part of Production and Analysis Company, Intelligence Support Battalion and holds a Master of Science and Technology degree from the National Intelligence University and is a graduate of National Defense Intelligence College (B.A. Intelligence). Binversie is currently an adjunct professor with American Military University. To contact the author, email IPSauthor@apus.edu. For more articles featuring insight from industry experts, subscribe to In Public Safety’s bi-monthly newsletter.

Supreme Court: Arizona Voting Laws Do Not Violate the VRA