From Convict to Community Leader: One Man’s Journey toward Redemption

I recently had the opportunity to meet a man whose journey from prison to community advocate truly inspired me. In a criminal justice system filled with more stories of failure than success, this man’s personal journey in pursuit of redemption and restoration demonstrates the importance of second chances. He is a man who persevered despite the barrage of challenges and tribulations that he faced after being released from prison.

Hasshan Batts has given back to the community from the very day he was paroled by helping others who are also trying to reintegrate back into society. The same skills that allowed an undersized youth to survive the violent streets of Brooklyn during the crack epidemic now allows him to help former inmates who are looking for ways to contribute to the community.

His story can also serve to educate those of us working in the criminal justice system about the inmate experience and the need for more programs to help them reintegrate back into society. What follows is his story, based on correspondence between the two of us and information from his website, Coach Batts. Batts has received national recognition for his contributions to the fields of peacemaking, behavioral healthcare, and social justice. His personal mission is to contribute to the betterment of society through compassion, education, and collaboration.

Hasshan Batts’ Story, In His Words

More than 10 years have passed since I assaulted another individual, other than in self-defense. That may not seem like an accomplishment to most people, but one must understand that my primary emotion as a child was pain. I witnessed pain, I lived pain, and I inflicted pain because it was the vicious, yet functional cycle of the world in which I was reared. I learned at a young age the power of violence: One of my earliest childhood memories is of my father piercing his hand after putting it through the glass of our front door, blood flowing down his arm, clutching my mother, and screaming, “Look what you made me do!” Thirty-five years later, I still remember those immense feelings of powerlessness.

Our lives are often constructed from such life-altering, monumental experiences. The pivotal moments in my life all seemed to have involved violence and some degree of pain and loss: loss of safety, loss of innocence, and loss of freedom.

I am an ex-offender, a formerly incarcerated person, or as I prefer to be labeled, a prison survivor. Every year, approximately 650,000 offenders return to our communities from custody in federal and state prisons, according to U.S. Department of Justice. Nearly 68 percent of ex-prisoners will be rearrested within three years of their release according to the Bureau of Justice Statistics.

An enormous amount of federal, state and local resources have been allocated towards criminal justice reform including conversations that seek to reduce recidivism across America. But the numbers remain extremely high. To most people, these astounding statistics are merely numbers, but to those whose lives are affected by crime, incarceration, poverty, and an antiquated retributive and oppressive criminal justice system, these numbers represent the lives of far too many fathers, mothers, brothers, sisters, sons, and daughters; particularly African Americans.

According to a February 2016 Boston Globe article, the national mood has grown more forgiving. The U.S. Supreme Court has scaled back the harshest penalties for juvenile offenders and polls show that Americans prefer to fight drug crimes through treatment, not prosecution.

How It All Started

My first arrest was around the age of 11 for stealing a car. Over the next few decades, I accumulated a number of juvenile and adult arrests ranging from multiple crimes of violence and drug violations, weapons violations, and a litany of youthful exploits.

On September 30, 2007, the Pennsylvania Attorney General’s Bureau of Narcotics Investigation, following an 18-month surveillance investigation titled Operation Bloodhound, arrested me along with 18 others. I was charged with the sale of two kilograms of cocaine; in addition, a search of my home revealed five additional kilograms of cocaine, more than 50 pounds of marijuana, six guns, and more than $50,000 in cash.

I was sentenced to serve five to 10 years in state prison. Unlike the average inmate, at the time of my arrest I was highly educated, with a master’s degree in social work. I was also employed as the director of children’s services for Northwestern Human Services, one of the largest providers of mental-health services in the country. I was a homeowner and I had strong family and community ties.

Prison is a dangerous and lonely place. The criminal justice literature often refers to the “institutionalization” effect, which occurs in prison; however, I firmly believe “traumatization” is a more appropriate term for the inmate experience. Captivity at its foundation is unnatural for man. Add to that the social isolation, lack of affection, limited intellectual stimulation, chronic anxiety, and exposure to unspeakable acts of violence and recurring feelings of hopelessness, helplessness and despair. Suicide rates and violence for prisoners remain astronomical despite marked improvements in safety measures. Healthcare is second-rate, and mental health care is virtually non-existent except for the most persistent and chronically mentally ill inmates.

Despite my fears of inevitably spending decades of my life in prison, I viewed my arrest as an opportunity to regain control of my life, an intervention of sorts. Under a more compassionate criminal justice system, where restorative justice practices are employed in non-violent drug cases, I believe some community benefit could have been derived from my arrest and inmate experience.

After serving four years in prison, I was released to a community corrections center on pre-release status. In all of the institutions in which I resided, I could not find one staff member who expressed an inkling of interest in utilizing my decade of conflict resolution, mental health and facilitation skills, and experience. Even upon my release, I made inordinate attempts to contact area non-profit agencies for volunteer consultation, fundraising, organizational development, programming, or assistance in any capacity. Maybe it was presumptuous on my part to believe that as a former inmate I could share my knowledge, skills and experiences to bring about change in which the community would benefit.

Throughout my entire inmate experience and reintegration efforts, I have attempted to utilize my skills and make amends by contributing to my community. I have a proven record of accomplishment for helping individuals, organizations, and communities address effective conflict management, cultural competency, organizational change, and strategic planning.

I write from a deep, difficult place as a black male and some may interpret it as an attempt to absolve myself from responsibility, which could not be further from the truth. I painfully acknowledge I am the protagonist in my own life story. My intentions are not to blame any individual or organization for my choices; I accept full responsibility, however, cultural and environmental factors, internal and external stressors, and negative experiences have contributed to my criminal thinking and irrational decision-making over the years.

I have shared my inmate experience so that I can present the obstacles I, and many others, have encountered while openly processing the maladaptive thinking and behaviors that have kept me bound, so that I can somehow begin to rectify some of the harm I have perpetrated on society. It is my mission to apply my inmate experience and skills in helping others, particularly at-risk youth within disadvantaged communities plagued with crime, addiction, gangs, and violence.

What Correctional Leaders Can Learn

As a former criminal justice practitioner turned educator, stories like that of Hasshan’s inmate experience inspire me. In a profession in which we are often exposed to the evil side of humanity, we must be reminded that, in the words of David Millar, former Tour de France cyclist, “People do make mistakes and I think they should be punished. But, they should be forgiven and given the opportunity for a second chance. We are human beings.”

Hasshan’s story validates the need for continuous criminal justice reform by focusing on rehabilitation and reintegration programs within prison so that we can prepare prisoners for reintegration from the very first day of their prison term. In the words of U.S. Senator Cory Booker, “If we all come together to banish stigma and myth, and instead focus on fact and outcomes, we will do better. The result will be safer communities, savings for taxpayers, stronger children and families, and a criminal justice system that reflects American values.” 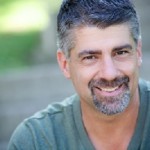 Professor Michael Pittaro is a 27-year criminal justice veteran, highly experienced in working with criminal offenders in a variety of settings. Pittaro has lectured in tertiary education for the past 13 years while also serving as an author, editor, and subject matter expert. He is currently pursuing a Ph.D. in public safety/criminal justice at Capella University’s School of Public Safety Leadership. 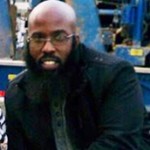 Hasshan Batts is the Director of Education and Training for Practitioners Research and Scholarship Institute (PRSI) and is the founding member of The Society for the Healing and Study of Historical Trauma, and a leading expert in trauma informed care, resiliency, restorative practices, re-entry, and community accountability and engagement models. He holds joint master’s degrees in Social Work from North Carolina A&T University and the University of North Carolina at Greensboro. He is scheduled to complete his doctoral degree in Health Sciences from Nova Southeastern University in 2016.