It is no secret that inmates with mental health issues are a strain on the correctional system. A 2006 study by the U.S. Department of Justice found that more than half of all prison and jail inmates have mental health issues, compared to just 11 percent of the general population. Despite the high number of mentally ill inmates, only one in three prison inmates and one in six jail inmates receive any form of mental health treatment.

The Florida Department of Corrections (DOC) announced this week that it is changing how it deals with mentally ill inmates: 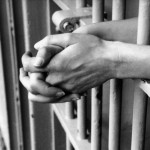 The Florida DOC has known for many years that it has a major issue with mental illness. The agency’s 2005-2006 annual report found that 16.5 percent of Florida’s inmates received ongoing mental care. The current DOC secretary, Michael Crews, said last week that mentally ill inmates who require treatment make up 15 to 20 percent of its prison population.

Why is the state taking action now?

Last month, the Florida DOC was sued by a mental health advocacy group for its treatment of mentally ill inmates at a Miami prison. The lawsuit sought reforms and investigations into the “culture of abuse” within Florida’s largest prisons, which it alleges contributed to the deaths of at least two mentally ill inmates within the last two years.

Enhance Training, System-Wide
While it’s a positive step for Florida DOC to improve training for employees who work in inpatient units, what is being done to better train the majority of correctional employees? While the most severe mentally ill inmates are housed separately, a large percentage of them remain within the general prison population.

“Working in a corrections environment is tough enough, but when you add offenders with mental illness, it can become even more chaotic,” said Rob Stallworth, who spent 15 years working in the Virginia Department of Corrections.

“If staff members are trained effectively in those areas plus include suicide prevention techniques, it’s hopeful that mentally ill offenders will be less volatile inside the institution,” Stallworth said. “And that could lead to a healthier environment for both staff and offenders.”

For more information about mental health issues in prisons, see Care of the Mentally Ill in Prisons: Challenges and Solutions.

The Chinese Spy Balloon: Another Attempt to Collect Intelligence

Shirley Chisholm: A Political Pioneer and an Inspiration