Iran’s destruction of a U.S. Global Hawk unmanned aircraft with a surface-to-air missile near the Strait of Hormuz should be a wake-up call for proponents of autonomous or remotely-piloted warfighting systems. The era of drone warfare is not upon us, because the vehicles currently available for military purposes are too limited in their capabilities to survive combat with a reasonably well-equipped adversary.

Drones became popular in military circles at a time when the U.S. was fighting adversaries who lacked air forces or air defenses. That has led some observers to over-estimate their near-term utility in warfare. With U.S. defense strategy now shifted from a focus on irregular forces (like ISIS) to great-power competition, the relevance of unmanned systems to fighting and winning wars has become less clear.

Obviously, recent advances in artificial intelligence and related technologies have the potential to bolster the performance of autonomous or remotely-piloted warfighting systems, whether they operate in the air, under the seas or on the Earth’s surface. But emerging technologies can also be applied to weapons aimed at countering them. Here are five lessons from last week’s shoot-down that should give proponents of unmanned military vehicles cause for reflection.

Unmanned aircraft are largely defenseless. Global Hawk was conceived at a time when the threat of facing near-peer adversaries in future war zones seemed remote. Like the smaller Predator, it proved highly useful in finding and tracking elusive adversaries during the global war on terror, but that was due in part to the fact that terrorists lacked anti-aircraft capabilities. Because it was bigger and costlier than other drones, Global Hawk was equipped with a rudimentary ability to detect and jam threats such as laser-guided missiles. But there’s only so much you can squeeze into a 3,000-pound payload capacity, and other features of the aircraft make it a sitting duck (see below). 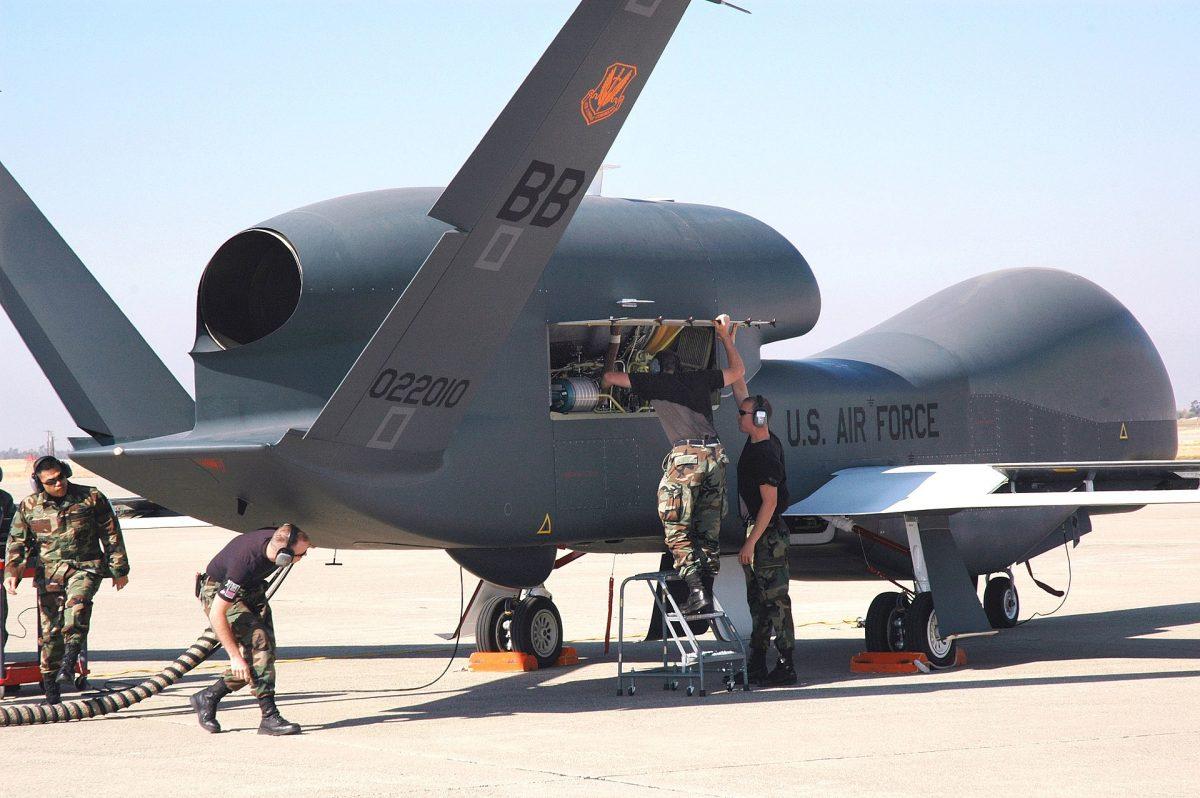 The size of Global Hawk was dictated by its need for long endurance in collecting multiple types of intelligence. Unfortunately, that makes it easy to track and target.

Lesser military powers are acquiring potent air defenses. The weapon used by Iranian forces to down the Global Hawk was an indigenously-developed Khordad 3 surface-to-air missile. Khordad 3 is a road-mobile air defense system capable of attacking up to four targets simultaneously to ranges of 50 miles and altitudes of 90,000 feet—higher than any U.S. military aircraft flies. The fact that a country as isolated as Iran could develop such a system speaks to the global proliferation of anti-aircraft technology. The Russian S-400 air defense system that China began testing last year and Turkey will soon field is far more capable, and a threat to any aircraft within 200 miles that is not stealthy.

Manned aircraft have less endurance, but more of everything else. Global Hawk can stay aloft far longer than any manned aircraft. In fact, it held a record for 34 hours for uninterrupted flight. However, the manned U-2S spy plane it was conceived to replace was superior in every other performance parameter—speed, altitude, payload, protection, on-board power generation, etc. The Air Force decided it needed to keep operating the U-2S even after dozens of Global Hawks were built, because there were too many limitations to the performance of the drone, including its ability to fly in inclement weather. Manned tactical aircraft like fighters are much more capable of safely penetrating contested air space than drones, and increasingly equipped with sophisticated reconnaissance capabilities.

AI can’t save an aircraft that lacks speed and maneuvering capabilities. Much has been written about how algorithm-driven artificial intelligence can improve the performance of drones designed to collect and process information. However, the most important task of a $100 million military drone like Global Hawk is to simply to stay in the air. The fact that this is the third June in a row a Global Hawk has been lost tells you enemies aren’t the only problem. Nearly a fifth of the fleet has been lost to equipment failures. Artificial intelligence might help keep drones from falling out of the sky, but in contested air space it can’t do much to compensate for the fact that the airframe is easy to track, has modest maneuvering capabilities, and flies 200 miles per hour slower than a Boeing 737. Like I said, it’s a sitting duck.

The right solution is a diverse mix of networked reconnaissance assets. When a second-rate military power shoots down your most capable unmanned aircraft, the lesson is obvious. The U.S. shouldn’t rely too heavily on drones to carry out its war plans. The Air Force’s Scientific Advisory Board came to precisely that conclusion in 2016, finding that a mix of orbital and airborne systems including sensor-equipped manned fighters would provide the most comprehensive and resilient operating picture of a battlespace. The study, which was reported at InsideDefense.com, said that a “family-of-systems” approach would provide the best intelligence-gathering response to the area-denial efforts of countries like China.

None of this negates the future warfighting potential of unmanned aircraft, particularly when they are aerodynamically agile and equipped with advanced software to permit on-board machine learning. Autonomy is not a bad idea, especially if we are in the business of saving lives. But the limitations of today’s drones, even the pricey ones, dictates that we will need to continue risking lives to win wars for the foreseeable future. Time will tell what warfighting contribution drones can make in an era of resurgent great-power conflict.

My think tank receives funding both from companies contributing content to Global Hawk and from companies offering alternative solutions. At least one company falling in the latter category is a consulting client.

Iran tests missiles under apparent watch of US nuclear sub