First Responders with Psychological Injuries Must Be Eligible for Workers’ Compensation, Pensions

Editor’s Note: This article is the first of a four-part series on addressing challenges related to workers’ compensation and pension benefits for psychological injuries.

In any single shift, first responders put themselves at risk of harm. They might receive cuts, bruises, broken bones, torn ligaments and tendons, loss of limb/sight/hearing, paralysis, and a host of other physical injuries. Due to these injuries, responders may be unable to function as they did prior to the traumatic event and may need to retire altogether from their profession.

Psychological Injuries Can Lead to PTSD

According to the National Institute of Mental Health (NIMH), an individual who has experienced only one traumatic event might suffer from post-traumatic stress disorder (PTSD). In reality, first responders are likely to experience more than one traumatizing event throughout their professional career. While the mental and psychological injuries may not be readily observable, they can be life-changing.

The NIMH notes that PTSD might be diagnosed if a person has, within the past month, experienced:

For example, individuals suffering from post-traumatic stress may be easily startled and then transported back to the moment they experienced the traumatic episode. They may actively avoid anything or any place that reminds them of the trauma and mentally blame themselves for not being able to do more to help others. Certain sights, sounds, and smells might be triggers for stress and lead to accelerated heartbeat, disturbing mental images, perspiration, and dilated pupils, to name but a few possibilities.

The physical symptoms of post-traumatic stress are a normal reaction to an abnormal event. Some people who experience them can continue to work with only minor disruption and the symptoms might completely dissipate over time. However, for others who suffer from PTSD, those certain sights, sounds, smells, and tastes have long-term debilitating effects that make it impossible to continue with normal work tasks.

The debilitating effects of PTSD may continue for an uncertain amount of time. If a first responder with PTSD returns to work too early, the possibility exists for them to overreact or underreact to incidents in the field, which could place them, and others, in harm’s way. In some cases, a first responder suffering from psychological injuries is not ever able to recover and return to life as it was before the stressful event occurred.

Unlike those with physical injuries that prohibit them from continuing in their professions, those who seek pensions and compensation based solely on psychological injuries face an uphill battle. Much of the existing disability pension and workers’ compensation language only addresses physical injury, not psychological trauma. The lack of resources and financial support for those with unrelenting PTSD can cause some first responders to suffer in silence and feel they have no choice but to return to work, even though they are not psychologically fit.

While discussions at various state and local levels have begun to examine whether PTSD is pension-worthy, individual cases of first responders claiming compensation based on psychological injury have progressed through court and appeals systems. These individual cases point to the need for further change:

While clearing rooms at Sandy Hook Elementary School in Newtown, Connecticut shortly after the shooter killed himself, Officer Thomas Bean entered classrooms where 20 children had been shot. Since that day, Bean has not returned to work and has been out on long-term disability for PTSD, which Newtown’s insurance policy caps at two years of benefits.

Bean’s chief tried to fire him six months after the incident as Bean was unable to return to work. When this information became public, the termination order was rescinded due to public outcry. As Bean approached the end of Newtown’s two years of long-term disability, Bean and his union filed a grievance to continue disability payments. The Connecticut State Board of Mediation and Arbitration ruled that Newtown must pay Bean 50 percent of his salary until his retirement date at which time he can collect his pension. Newtown Police Department calculates the 11 years of payments until Bean’s retirement date will amount to $380,797.

Law enforcement officers Gerry Realin and Omar Delgado are suffering from PTSD without accompanying physical injuries after responding to the Pulse nightclub shooting in Orlando, Florida in 2016. Their agencies, Orlando Police Department and Eatonville Police Department respectively, may stop paying their salary at any time.

[Related: Recovering from Orlando: The Role of a Critical Incident Stress Team]

Fearing they will be left without the ability to support their families, these officers resorted to GoFundMe accounts and sought help, unsuccessfully, from the One Orlando Fund that distributed $29.5 million to the Pulse victims. As these officers were not inside the club when the shooting started, they were deemed not eligible to receive disbursements from the One Orlando Fund.

Florida is one of several states that does not provide workers’ compensation for first responders who have been diagnosed with PTSD without any physical injury (Wise & Beck, 2015). This could change as there are currently a few proposed bills that would change current practices (Florida Senate Bill 516). However, there is also a push to reduce overall workers’ compensation funding, which could cause proposed bills to be tabled.

Without the availability of workers’ compensation for future professional treatment and financial security, officers fear being revictimized. This loss of financial and psychological support resources further jeopardizes an officer’s stability and well-being. Other officers may view this lack of support from the agency and the system as an indicator that one is better off doing nothing compared to doing something that could have a negative personal impact. Those interested in future employment by the agency and/or in the system may see this as cause to find another career path that is more supporting and rewarding.

Read the next three articles in this series: 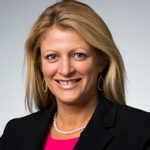 Dr. Stephanie Myers-Hunziker is a Professor of Criminal Justice at American Military University. She has a tremendous amount of practical work and research experience working inside public agencies. Early in her professional career, Dr. Myers-Hunziker was awarded a National Institute of Justice fellowship for her dissertation research on police interactions with juveniles. While conducting other research sponsored by the National Institute of Justice she has on several occasions worked inside police departments. Her specialty is helping public organizations identify their goals and better understand how to achieve them. To that end, Dr. Myers-Hunziker has published an article on the art of identifying and implementing best practices from the field.

Dr. Chuck Russo is the Department Chair of Human Justice at AMU. His law enforcement career involved all areas of patrol, training, special operations and investigations. He continues to design and instruct courses. His recent research focuses on emerging technology in law enforcement, post-traumatic stress, and nongovernment intelligence actors.