FAA Addresses Threats of Drones to the Nation’s Airspace

There are more than 100 sightings or close calls between aircraft and drones every month. Pilots of both planes and drones are lucky that, to date, there hasn’t been a midair collision.

Commercial airliners are only certified to handle a bird strike, which assumes the bird weighs 4.4 pounds. Even with that design protection, birds pose significant threats to aircraft. During the first three minutes of flight for US Airways flight 1549 in January 2009, the Airbus 320 struck a gaggle of geese, which caused both jet engines to flame out. Due to the low altitude of the aircraft, Captain Chesley “Sully” Sullenberger decided to conduct a water landing in the Hudson River. Fortunately, all 155 passengers and crew survived, but such an incident is a very good indicator of what could happen if a drone struck an aircraft.

According to the FAA, small UAS can weigh as much as 55 pounds and travel at a maximum speed of 100 miles per hour. Imagine the damage a 55-pound drone (also called “unmanned aircraft systems,” or UAS) made of Kevlar and carbon fiber, with a lithium polymer (lipo) battery, could do to a commercial airliner.

With those potential consequences, the government is under significant pressure to address the threats recreational drones pose to commercial and passenger aircraft. In an effort to protect the public aloft and on the ground, and the National Airspace System (NAS), federal regulators announced on October 19 that operators of recreational drones will soon need to register their drones, regardless of size or weight. 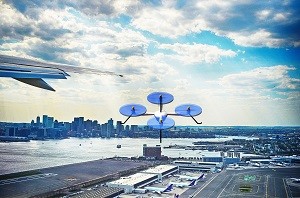 As a trained pilot myself, I am always concerned as a passenger when my flight begins an approach into the class B airspace, which is the airspace that surrounds the busiest airports in the country and has the most air traffic. I wonder if there is a recreational UAS pilot flying his or her drone through the approach course trying to get the perfect picture of landing aircraft. Did the pilot lose control or lose link with their UAS? Will the UAS hit and crash my plane? While these scenarios seem dramatic, they are increasingly valid concerns, especially in light of the skyrocketing sales of drones, which have predicted sales of one million this holiday season.

What to Expect from Future Regulations
The October registration announcement was an extension of the FAA’s February 2015 release of its long-awaited notice of proposed rulemaking for small UAS. These proposed rules outline both operating limits and operator certification requirements, which should be distributed in June 2016. These rules are expected to require operators in command of drones to:

Enforcement Issues
The rules and regulations issued by the government must be clear and concise so law enforcement has the ability to enforce the new regulations. This task would take the cooperation of state legislatures nationwide to write legislation to mirror federal regulations. Currently, it is difficult for law enforcement to take action on those who operate UAS illegally because of the lack of defined regulations from the FAA.

There is no doubt that drones threaten the United States’ airspace, which took the FAA more than 100 years to establish as the safest in the world. Americans rarely hear of a plane crash in contemporary times because of strict regulations and oversight, but drones have thrown a curveball at the FAA. Registering all UAS is an important step to hold operators accountable for their actions and inactions and help keep our nation’s airspace safe.

About the Author: Anthony Galante is the Director of Training Services at the Unmanned Safety Institute, which is a strategy and technology firm delivering consulting, training, and analytics for clients in commercial industries and law enforcement seeking to integrate UAS into their daily operations. He is also a part-time faculty member of Criminal Justice at American Military University. A former SWAT officer and retired law enforcement officer with more than 10 years of service, Anthony holds a Masters of Aeronautical Science degree from Embry Riddle Aeronautical University as well as being a past graduate of American Military University (MA Homeland Security 2012, MA Criminal Justice 2011).