Excessive or Necessary? Educating the Public and Officers on Proper Use of Force

While there are police officers who may “willfully and wrongfully” utilize excessive force, use of force is often caused by the inability of police—either the individual officer or the organization—to employ better solutions when dealing with certain violent situations.

Make no mistake, use of force by police is often necessary. When used within the context of the law and under the correct circumstances, force is most certainly appropriate. In addition to enhanced training of officers, agencies must better educate the public, as well as the media, on the proper use of force and what that might entail. 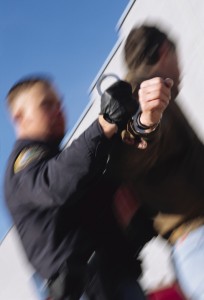 The role of police is undoubtedly complex. Unlike other types of service organizations, police are unique in that their interactions with individuals are usually urgent, involuntary, and public. Most citizens call upon the police during emergencies or unexpected situations and often expect the problem to be resolved immediately. Agencies must educate citizens that not all issues are easily or quickly addressed.

The work of an officer is also difficult because police encounters with individuals tend to be involuntary. Citizens do not pick and choose which police matter they will or will not be involved in, nor do they often have the opportunity to choose which officer they interact with. Citizens must understand officers are often following policies that citizens are not familiar with and demonstrate patience as officers work through an unexpected situation.

The public setting in which many police encounters occur also creates limitations. During these situations, the public is often watchful and critical of police action. Therefore, officers must be cognizant of their professional conduct at all times and must use great discretion in dealing with individuals or choosing to hold off dealing with individuals, depending on the situation.

[Related article: How to Manage Stress Levels During Lawlessness and Mob Situations]

Are Body-Worn Cameras the Solution?
In an effort to capture evidence about specific incidents involving police officers, more and more agencies across the country are considering the implementation of department-issued body cameras.

Departments like San Diego, California have found that body-worn cameras have led to fewer complaints by residents and less use-of-force incidents by officers.

However, I am leery of the public implications and scrutiny of their use. Agencies must work to implement clearly articulated and understood policy for the use of cameras and brief officers regularly on such policy. It is also advisable for officers to articulate to citizens that they are being recorded, which often results in a positive attitude change. Lastly, agencies must have clearly articulated standards for how recorded evidence will be stored and preserved, so officers and community members alike understand how recorded data will be used.

Further Reducing Improper Use of Force
While body-worn cameras can be effective, real solutions for reducing improper use of force lie in proper training and advance preparation of officers. This includes tactical knowledge and officers proactively getting to know their beat and the citizens in their community.

It also involves restraint in how officers handle certain emergency situations, such as knowing when to charge in and knowing when to wait. The only way to reduce excessive force is to define officers role as diagnosticians, and train them how to assess scenarios and determine proper response prior to placing them in potentially dangerous situations.

About the Author: Dr. Michelle L. Beshears earned her baccalaureate degrees in social psychology and criminal justice and graduate degrees in human resource development and criminology from Indiana State University. She earned her Ph.D. from Northcentral University. Beshears served in the U.S. Army for 11 years where she obtained the rank of Staff Sergeant prior to attending Officer Candidate School at Fort Benning, Georgia, where she earned her commission. As a commissioned officer, Beshears has led numerous criminal investigations and worked with several external agencies as well. As a civilian, she has worked with the local sheriff’s department, state drug task force and FBI. Beshears is currently an assistant professor of criminal justice at American Military University & American Public University and is full-time faculty in the School of Security and Global Studies. You can contact her at michelle.beshears(at)mycampus.apus.edu.