In an attempt to reduce Wisconsin’s budget deficit, in 2011 Governor Scott Walker passed Act 10, also referred to as the Budget Repair Bill. The bill affected many areas of government employment, but most notably reduced funding for pension contributions and health insurance, and limited collective bargaining for labor unions representing public employees, including public safety workers.

[Related Article: How to be Prepared for Budget Cuts]

As Wisconsin now enters its true first year of Act 10 enforcement, the effects of this legislation will start to become evident. While the state can point to measurable savings because of these budget cuts, what will be the cost to the government in terms of the quality and effectiveness of its workforce? The state must have proper metrics in place to ensure it is measuring the full effects of budget cuts from this controversial and wide-reaching legislation.

Impact of Act 10 on Government Employees

All state and local government employees in Wisconsin share a common pension system. A certain portion of an employee’s earnings, usually around 12 percent, goes into the pension system each pay period. Depending on the total number of years worked in the pension system and the performance of the stock market, the potential payout in retirement is very substantial. Setting aside a portion of an employee’s wages into the pension system buys their entry into a guaranteed retirement windfall. Pre-Act 10 collective bargaining agreements had put the burden of paying that full contribution onto the government agencies employing the workers.

Act 10 made major changes to to government workers’ health insurance coverage. Prior to Act 10, all aspects of an employee’s health insurance were subject to collective bargaining. However, Act 10 deemed that the government employer could choose all aspects of the program, such as specifics of coverage and benefits, with only the worker-employer split of the premium cost subject to collective bargaining. This gave the government agencies a huge advantage in any negotiation, because they could set the terms of the deal and only negotiate on the cost.

Act 10 made major changes to the state’s organized labor structure. For example, all University of Wisconsin workers are now prohibited from participating in organized labor. The same goes for those employed by government-run childcare programs and limited-term employees.

Prior to Act 10, membership in a public service union was nearly mandatory in most areas of work. However, post-Act 10, unions are forced to hold an annual vote to maintain certification as a union. As the power of collective bargaining rights have taken a major hit in the post-Act 10 environment, many members are voting not to recertify these unions and thus are going unrepresented.

The two exceptions to annual union recertification requirement are for police and fire department unions. In Wisconsin, protective service union members are prohibited from going on strike. However, if these unions were decertified, the no-strike clause would no longer be valid and police and firefighters could potentially go on strike (Freeman & Han, 2012). For this reason, Walker opted to exclude police and fire unions from having to recertify every year.

While maintaining the ability to stay unionized seems like a victory for police and fire, the opposite is true. By being excluded from union recertification process, police and fire unions have become the subject of jealousy from other public employees who were hit harder by Act 10. In a post-Act 10 environment, firefighters and police had often faced stagnated wages that are offset by drastically increased healthcare costs and increased pension payments. This has led to a generation of employees who feel disenfranchised from a career that they were once proud to serve. Dividing public works, public health nurses, and other previously represented employees from now disenfranchised police officers and firefighters creates an environment devoid of the teamwork that is required to ensure the wellbeing of the public.

In 2011, Wisconsin faced a budget deficit of $3.6 billion. In 2015, the state still faced a deficit, but it has lessened to $2.2 billion. If Governor Walker’s next budget is adopted as proposed, the state is expected to experience a slight surplus (Keefe, 2015).

While savings are evident, it will take time to measure the true impact of Act 10 and these budget cuts on state employees. Many of the legislation’s effects are only now being felt because many of the collective bargaining agreements were allowed to remain in place until the end of the originally agreed upon contracts.

Proponents of Act 10 point out that the pension savings alone add up to big money for municipal government. For example, the Milwaukee Public School District is projecting a savings of $1,924 per student on pension contributions. With over 78,500 students in the school district, that is an estimated $151 million. Additional specific savings from this legislation have not been made public.

While Act 10 may have increased the economic standing of the state, it has done so on the backs of its public employees. Wages have stagnated, benefits have decreased, and, in many cases, hours of employment increased without additional compensation. These types of budget cuts have led to a disenfranchised workplace in many public organizations (Zeehandelaar & Winkler, 2013).

So, in two years, there were 9,000 less employees working for the government. It is unclear whether this decline is substantial or what has caused it. Perhaps government work is no longer an attractive field of employment after the effects of Act 10. Perhaps department heads are given more latitude in a post-Act 10 environment and are able to contract certain government jobs out to the private sector. Maybe certain low-level services were just eliminated and no longer provided by the government. It is all speculation, as there is no easy way to determine what caused this loss of jobs or if it has an impact on the services provided by the government.

The Need for Metrics

Some level of oversight needs to be put into place to track changes and the costs associated with these budget cuts and changes. Also, metrics must be kept on the level of turnover of government employees to compare both pre- and post-Act 10 and the reasons why employees are leaving. However, with a shrinking workforce this means additional work on already burdened employees. What long-lasting impacts will this legislation and these budget cuts have on its employees? Will this legislation hinder the government’s ability to attract and maintain qualified employees? Or will educated or otherwise qualified employees seek “greener pastures” in the private sector if the benefits and security of government employment no longer exist? 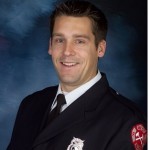 About the Author: Mason Pooler currently works as a Deputy Chief for the West Allis Fire Department in the Metro-Milwaukee area. He has worked in the fire service for 20 years. Mason has a bachelor’s degree in Fire and Emergency Response Management from the University of Wisconsin-Oshkosh. He is currently working on his master’s degree in Public Administration from American Public University as well as his Executive Fire Officer certification through FEMA’s National Fire Academy.