Unmanned aerial systems (UAS), more commonly known as drones, are being used by everyone from local residents for bird’s-eye views to police agencies for investigations and news media outlets for enhanced news coverage. Only recently have federal agencies and the court system started to address and regulate the use of drones. 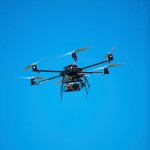 In February, Dr. Chuck Russo, program director of AMU’s criminal justice program, wrote about the FAA’s proposed rule changes regarding the public and commercial use of unmanned UASs not long after one crashed on the White House lawn. The FAA’s proposal prohibits the operation of an aircraft unless it is registered, requires pilot training, and contains other changes that will likely be welcomed by public safety agencies.

However, such regulations mean that public safety agencies will need to adopt new policies and procedures for how they operate drones as well as how they handle encounters with citizen-operated drones.

One question Dr. Russo posed in his article was: What do agencies do in the case of drones flying over active crash scenes? That exact scenario was recently addressed in the courts with the case Rivera v. Foley.

The Scenario
You can read a more thorough account of the incident in The Washington Post, but here it is in a nutshell:

Plaintiff Pedro Rivera, who is a photographer and editor for a local TV station, heard on a police scanner that there was a major car accident in the city of Hartford, Conn. He took his remote-controlled drone to the scene and took pictures and video footage by hovering the drone about 150 feet above the accident.

Police officer Edward Yergeau and other officers approached Rivera, demanded his ID, and questioned him. Rivera stated that he was a journalist and wasn’t acting as an employee at that moment, but admitted that he does sometimes forward video to the station. Police demanded that he stop operating the drone and leave. Officers complained to Rivera’s supervisor at the station claiming that he had interfered with the agency’s investigation and compromised the integrity of the scene. Due to the officer’s complaint, Rivera was suspended from work for at least a week.

The Court Ruling
There were three main issues that the district court needed to address in this case regarding whether the:

Qualified Immunity Issue
The suit was filed under 42 USC 1983, which means that the government employee committed a wrongful act under color of law. In a Section 1983 case, a municipal officer performing discretionary functions may be shielded from liability in his individual capacity based on qualified immunity.

The purpose of qualified immunity is to protect officials when they must make difficult on-the-job decisions. The two-pronged qualified-immunity inquiry asks whether “the facts alleged show the officer’s conduct violated a constitutional right” and if so, “whether the right was clearly established” such that “it would be clear to a reasonable officer that his conduct was unlawful in the situation he confronted.”

Did the Plaintiff Properly Bring his Suit?
The plaintiff filed his suit against the police officers and the police department—a fatal error. As a mere instrumentality of the municipality, the police department is not a separate legal entity; thus, it lacks the capacity to be sued under Section 1983. The plaintiff’s failure to name the city in the suit allowed for an immediate dismissal.

Precedent of First Amendment Rights
The third issue in this case was whether the Second Circuit Appellate Court or the U.S. Supreme Court had ever rendered a decision granting First Amendment rights to film police in action. In this case, the district court looked to the Supreme Court and Second Circuit precedent existing at the time of the alleged violation to determine whether the conduct violated a clearly established right.

Since there was no established right, the court found it easy to dismiss a portion of this cause. However, there was a second part that was upheld. One of the officers called the plaintiff’s employer and demanded that the plaintiff be sanctioned or they would lose the goodwill of the department. The employer suspended the plaintiff. The court found this to be actionable against the officer as it violates the First Amendment’s prior restraint against the media.

What this Case Means for Police
Is this case a victory for police? Definitely not, but it’s also not likely to have an effect on law enforcement either. This case turned out to be a district court civil decision that has no precedential value and no binding effect on any entity. In reality, this court decision has less to do with the use of drones and more to do with determining whether the plaintiff had grounds to bring a lawsuit.

However, the issue of drones and how citizens can video and record police officers is an issue bound to be readdressed in the court system. As it stands currently, the First Circuit, Seventh Circuit, Eleventh Circuit, and Ninth Circuit (25 states and territories) all recognize that the First Amendment protects the photography and recording of police officers engaged in their official duties. The Third Circuit and the Fourth Circuit (seven states) take the contrary approach. Future cases will continue to flesh out how citizens, using a variety of devices, can video police activity. 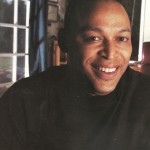 About the Author: Gary Minor completed his bachelor’s degree in Police Science and Administration with a minor in pre-law from Washington State University and his MBA in Information Systems at City University in Washington. After completing his MBA, he attended Seattle University School of Law and obtained his Juris Doctorate of law. He also obtained his police executive certification, a requirement to be a police chief executive of a law enforcement agency in Washington. His academic interests include police executive management, law and justice, juvenile justice, and ethics in law enforcement. Professor Minor has significant executive experience, having served as a Chief of Police, President of the Snohomish County Police and Sheriff’s Association and the South Snohomish County Police Advisory Committee. He also served two terms as the Chairman of the Board for Emergency Services Coordinating Agency (ESCA), a FEMA affiliate.