Case Analysis: The Teamwork Involved in Catching a Serial Burglar in Florida

Conducting a criminal investigation is a team effort—no crime is solved by just one person. Such investigations involve many people including crime scene technicians, crime analysts, patrol officers, confidential informants, citizens and others. Detectives must also utilize multiple resources and tools to help them solve a crime.

As a professor, I’ve found the best way to illustrate this point is to provide an in-depth analysis of a criminal case. The following case analysis focuses on the:

Case Analysis of Multiple Burglaries in Florida
Burglary is one of the most pervasive crimes in our communities. Most mid-sized police agencies have multiple detectives assigned to investigate such crimes. Often times, one offender commits multiple burglaries and detectives can link these crimes, if in fact, there is a common method of operation (MO). A MO is the manner an offender uses to facilitate the commission of a crime. In the crime of burglary, MO includes aspects such as (Turvey, 2012): 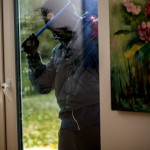 During July of 2006 in Lakeland, Florida, there was a notable increase in the number of night-time residential burglaries in an eight-block area. In most instances, the victims were home during the burglary, which was concerning for police detectives. In one case, the victim arrived home from a short business trip while the offender was still inside. The burglar armed himself with a knife, battered and restrained the female homeowner and then fled the crime scene. It was determined that the offender was living in the victim’s apartment when she was out of town. Three days after this incident, two additional burglaries were reported in which the victims were battered.

The offender was becoming increasingly violent if confronted, so detectives and crime analysts worked together to gain some insight about the potential serial burglar. The first victims observed the offender, but were only able to provide a general description. However, the offender’s last victim was able to assist a forensic sketch artist with a composite sketch. The composite sketch and a description of the suspect was created by a crime analyst, posted in a Criminal Activity Bulletin, and disseminated to the media.

Crime analysts reviewed all reported burglaries for the month of July and determined that 14 burglaries may have been committed by the same offender. A crime pin map was utilized to note the location of each burglary and two target areas were highlighted for a neighborhood canvass. Several detectives went door-to-door showing residents the Criminal Activity Bulletin; subsequently, a confidential informant provided a potential name and location of the suspect.

The offender was subsequently arrested for committing armed burglary and false imprisonment. After advising him of his Miranda Rights, he confessed to committing only one burglary. Despite his denials, the offender was charged with additional burglaries based on forensic evidence and Florida case law (Williams v. Florida, 1959) which allows law enforcement to charge an offender with several crimes which share a unique MO.

The Benefits of Teamwork
This case demonstrates the effectiveness of teamwork and the benefits of crime analysis. Defining a MO early in the investigation allowed detectives to focus their investigative efforts on cases believed to be committed by the same offender. Using crime analysis tools, like the crime pin map, enabled the team to define a manageable geographic area to canvass (Boba, 2013). The case was solidified after the latent print examiner compared the offender’s inked prints from those obtained from one of the crime scenes and determined they were a match. This exemplifies the significance of the crime scene investigator’s job of processing the original crime scene and the latent print examiner’s job of examining prints.

As an officer, it’s important to remember that criminal investigations are not conducted by lone detectives—they require the great work of a host of professionals who share a common goal to solve crime.

The Need for Strong Leadership in the Corrections Field