Belize Central Prison is the only prison in a small Central American nation. This past February, I had the chance to visit this correctional facility as part of ongoing research into key criminal justice-related issues in Central and South America.

What I realized is that Belize Central Prison should be the model for prison management throughout Central America based on its success in real prison rehabilitation that prepares inmates for life after incarceration.

Since the faith-based initiative called the Kolbe Foundation took over in 2002, Belize Central Prison has been transformed. This transformation has resulted in a drop of recidivism to only 10 percent. In comparison, the Bureau of Justice Statistics reported rates of recidivism as high as 83 percent in the United States, and recidivism rates in Mexico have been reported as high as 80 to 90 percent.

In addition to Christian-based rehabilitation programs that focus on addressing the drug and alcohol addictions that led to incarceration, the Belize Central Prison places significant emphasis on teaching trade and agricultural skills that can help released inmates gain employment.

The key components to the Kolbe Foundation’s success in lowering recidivism rates at Belize Central Prison include:

All this has been accomplished despite the fact that this prison has very limited financial resources of only $7 U.S. per day per inmate. In comparison to the United States, the average cost of incarceration for U.S. federal inmates is as high as $99.45 per day.

During my time at Belize Central Prison, I met inmates who were engaged in a wide variety of activities that helped them build skills to prepare them for release. For example, the prison has a robust woodworking shop where inmates learn carpentry skills.

Inmates also engage in agriculture, electrical work, construction, farming, and food preparation. These skills are often mentored by volunteers who come to the prison. Below are some photographs of inmates engaged in these activities. 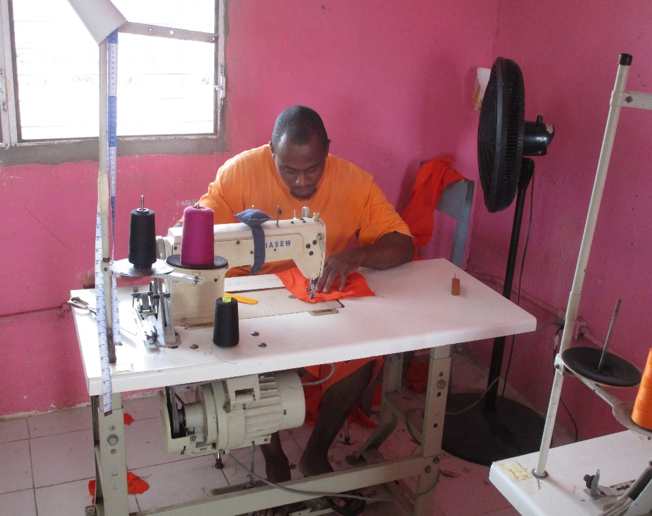 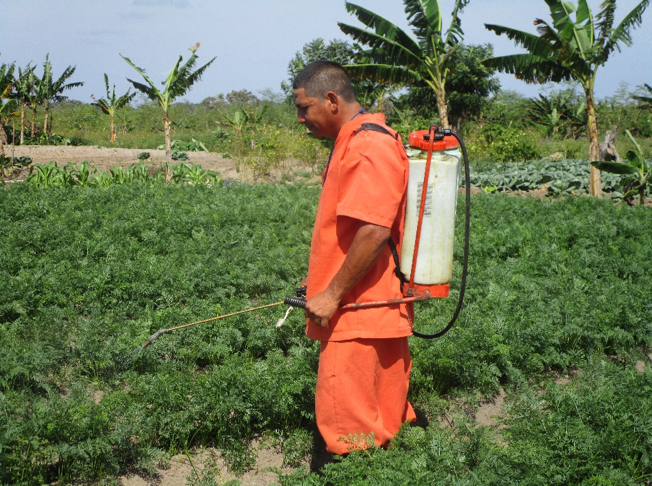 Under the leadership of prison CEO Virgilio Murillo, there is a high level of organization and discipline within Belize Central Prison, which sets it apart from other prisons I have researched in Central and South America.

For example, upon arrival, I observed 25 inmates outside the prison gates cutting tall grass with machetes near a pond. They were overseen by only one guard. This is a good example of the discipline I saw throughout the prison due to Virgilio Murillo and his staff’s approach to proper treatment and care for inmates.

A mural on prison grounds reads: “It is said that no one truly knows a nation until one has been inside its jails. A nation should not be judged on how it treats its highest citizens but its lowest ones.” – Nelson Mandela.

In my interactions with inmates, it was clear to me that they take pride in the trade skills they were developing. In a counseling session in the prison’s Addiction Rehabilitation Center, I observed inmates openly discussing how their lives that once had been associated with crime were changed during their time at Belize Central Prison. It was clear that the inmates credited the biblical principles they had learned through the prison’s ministry programs coupled with its work rehabilitation programs.

What makes this tower addition notable is that Belize Central Prison utilized the masonry skills of inmates and fostered construction training for them under the direction of a structural engineer in conjunction with sponsorships from local construction businesses. Inmates had different roles in the project, such as construction supervisors and laborers. Inmates also had other opportunities to learn construction skills around the prison.

Below reflect the pictures of trusted inmates being directly involved in construction of this 63-foot tower. 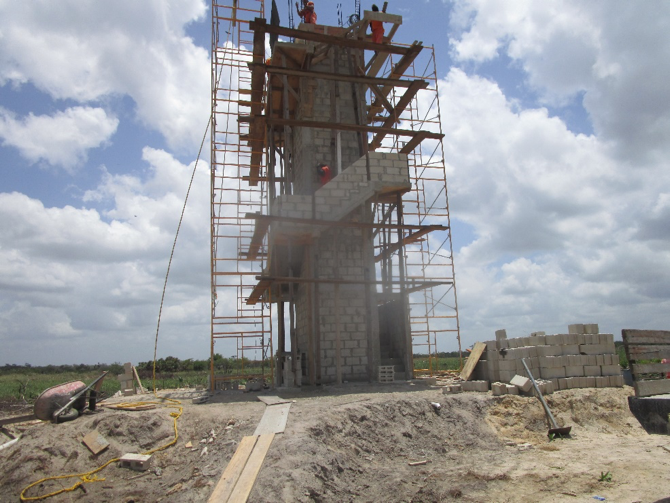 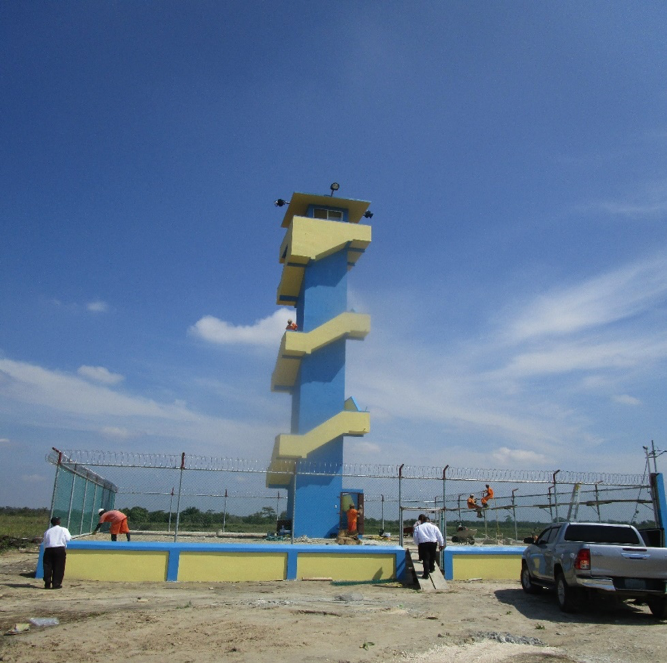 I have kept up with current events at Belize Central Prison. What is evident is that Virgilio Murillo and his staff have worked tirelessly to overcome adversity and limited resources to provide the best possible prison environment that fosters rehabilitation.

Of course, the prison is not without challenges. After all, it houses inmates who have either been convicted or are on remand for serious crimes. Additional support from international and domestic individuals and organizations can help Belize Central Prison continue to foster an environment that is based on real rehabilitation.

I encourage individuals and organizations to reach out to Virgilio Murillo at Belize Central Prison to learn about the transformational work they are doing for the lives of the inmates and to discuss ways to support the Kolbe Foundation, which has a mission to “Provide a Secure, Humane Facility Geared Towards Meaningful Rehabilitation and Successful Reintegration.”

About the Author: Dr. Jarrod Sadulski visited Belize in February 2019 at the invitation of Galen University to co-facilitate a police stress workshop for some of the nation’s police officers and to provide a presentation on narcotics and human trafficking. Sponsored by Galen University, the speaking engagement was attended by key stakeholders in the criminal justice field from throughout the nation, including Belize Central Prison’s Chief Executive Officer Virgilio Murillo. Dr. Sadulski also participated in two national television news events through Galen University where he discussed the topic of managing police stress. He also had the opportunity to visit Belize Central Prison as a guest of Virgilio Murillo and Rene Villanueva, a board member for both the prison and Galen University. Dr. Sadulski’s expertise includes infrastructure security, maritime security, homeland security contraband interdiction, and human trafficking. He has 21 years of law enforcement experience and has been a faculty member at American Military University since 2011.

To contact the author, send an email to IPSauthor@apus.edu. For more articles featuring insight from industry experts, subscribe to In Public Safety’s bi-monthly newsletter.

Dr. Jarrod Sadulski is an associate criminal justice professor in the School of Security and Global Studies and has over two decades in the field of homeland security. His expertise includes human trafficking, maritime security and narcotics trafficking trends. Jarrod recently conducted in-country research in Central and South America on human trafficking and narcotics trafficking trends and was the guest of INTERPOL in Colombia. Jarrod can be reached through his website at www.Sadulski.com for more information.