This year marks the 40th anniversary of the Army’s 1976 decision to select Sikorsky’s Black Hawk helicopter as its post-Vietnam tactical transporter of troops in battle.  It isn’t likely that Army planners back in the nation’s bicentennial year thought the UH-60, as it is officially designated, would still be the mainstay of their service’s aviation branch four decades later.  But despite an elaborate plan for replacing it, there’s a good chance the Black Hawk has only reached the midpoint in its service to the joint force.

The official plan is to replace thousands of Black Hawks in Army and Navy inventories with a “future vertical lift” system — one of a family of airframes sharing common technology that supposedly will also provide successors to the Apache attack helicopter, Chinook cargo helicopter and Kiowa scout helicopter.  Bell Helicopter/Textron and a Boeing-Sikorsky team were selected in 2014 to develop next-generation medium-lift rotorcraft suitable for filling the role of Black Hawk as a tactical transport, medical evacuation, and rescue helicopter.

However, Defense Industry Daily probably got it right recently when it called the future vertical lift effort “the current official fantasy.”  With a proposed 2017 budget of $4.3 billion to develop and build helicopters — about three day’s worth of sales at WalMart — the Army is hard pressed to maintain the fleet it already has.  In three tries, the service hasn’t managed to find a successor for its aged Kiowa scout, so the notion it can field a family of future rotorcraft to replace virtually all of the helicopters in its fleet seems quite improbable.

Aside from the sheer complexity of a program intended to yield common technology for a diverse fleet of airframes — including replacements of the Navy’s Black Hawk variants (called Seahawks) — there is the inconvenient fact that the future lift effort was conceived at the beginning of President Obama’s first term, and is only now finding its way into the budget in the last year of the president’s second term.  That tells you something about how little money the Army has for modernization, and how low it ranks as a priority in the political system. 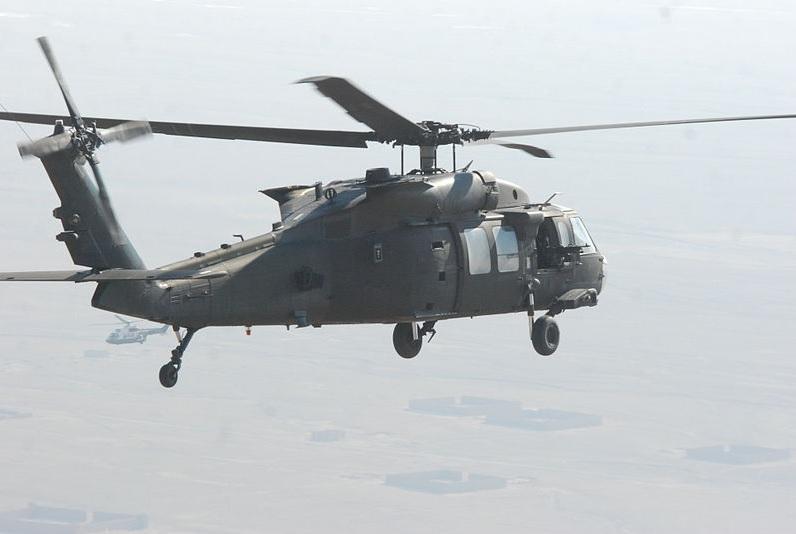 The UH-60M Black Hawk is the latest version of the world’s most widely used military helicopter. The Army has plans for replacing it, but those plans will take decades to come to fruition, and in the meantime soldiers need a safe way of getting to the fight. (Retrieved from Wikimedia)

So chances are there won’t be any genuinely new helicopters entering the force until after 2030 — and at the rate they are likely to be bought, Black Hawk will still be supporting warfighters come 2050.  That wouldn’t even make it the oldest rotorcraft in the joint fleet; Army leaders have intimated that Boeing’s heavy-lift CH-47 Chinook cargo helicopter may see a full century of service (I should note that all the companies mentioned here contribute to my think tank, and Sikorsky parent Lockheed Martin is a consulting client).

Whatever the current plan may be, there’s a good chance Black Hawk will be the Army’s workhorse helicopter for a long, long time to come. New threats or a Trump presidency might change the vector Army helicopters are on, but those aren’t what you would call sound planning assumptions. The nicest thing you can say about this situation is that Black Hawk has proven itself to be a mature, versatile combat system that still has potential for improvement.

That isn’t just my opinion.  Two dozen allies are operating Black Hawks today, from Australia to Israel to Japan to South Korea.  So are the U.S. Air Force, the Navy, and the Coast Guard.  In fact, the Air Force has selected an upgraded version of Black Hawk to be its future combat rescue helicopter — one of the most harrowing missions the joint force must accomplish.  Obviously, the service would not have made that choice if it thought Black Hawk was on its last legs; its existing “Pave Hawk” rescue helicopters have performed well, so it wants more.

To grasp why there is still demand for a rotorcraft that debuted decades before iPhones appeared, it helps to understand what Black Hawk was originally conceived to be.  The Vietnam War was the first conflict America fought in which helicopters were the main form of tactical transport.  The UH-1 Iroquois, better known as the “Huey,” was ubiquitous on the battlefield.  For the Army, which had lost almost all of its fixed-wing planes when it separated from the Air Force in 1947, the value of helicopters in Vietnam was a revelation.

Thus by the time the war ended, it was hot on the search for new rotorcraft that could combine the vertical agility of a Huey with the survivability needed to fight adversaries better equipped than the Viet Cong.  Black Hawk was a big part of the answer, sporting a crashworthy airframe, redundant hydraulics, ballistically tolerant fuel tanks, and quieter rotors.  It was a much safer helicopter for soldiers who might find themselves touching down in close proximity to hostile forces.

It also proved to be surprisingly versatile.  Aside from being able to land pretty much anywhere, it could be equipped with machine guns, 30 mm chain guns, Hydra rockets, Hellfire missiles, and even electronic-warfare pods for jamming enemy radar or communications.  With a cruising speed of well over 100 miles per hour in its initial version, Black Hawk could fly only a few dozen feet above the ground, making its approach devilishly hard for enemy ground forces to detect.  And its low profile enabled worldwide transport on C-130 airlifters.

So even before the digital revolution began providing technology suitable for enhancing the airframe’s performance, Black Hawk already had some major selling points.  The Army’s special-operations version of the helicopter is equipped with an in-flight refueling probe, a terrain-following radar, night-vision equipment, and electronic countermeasures.  The Navy has adapted its Seahawks from the basic Black Hawk configuration to perform everything from anti-submarine warfare to search and rescue to vertical replenishment of warships at sea.

There’s a lot to be said for the economies and synchronization feasible when multiple U.S. services and two dozen allies operate the same basic helicopter.  Even if current plans to replace Black Hawk and other Army helicopters come to fruition in a reasonable timeframe, it could be half a century before the current degree of rotorcraft commonality is recreated.  And since there is no assurance long-term modernization plans will survive a change of administration, it is important to keep near-term upgrades on track.

Unfortunately, the Army couldn’t even do that in its 2017 budget request.  Not only does the political system seem to favor other military departments over the Army, but within the Army’s budget modernization — meaning investment in new hardware — is a lower priority than personnel or readiness.  So funding for several of the service’s aviation upgrade programs, including Black Hawk, was reduced in the 2017 budget from what had been expected only a year ago.  Restoring lost funds should be a priority, because Black Hawk will likely be carrying soldiers into combat for decades to come.

This article was written by Loren Thompson from Forbes and was legally licensed through the NewsCred publisher network.