This photo taken on May 5, 2016 shows crew members of China’s South Sea Fleet taking part in a drill in the Xisha Islands, or the Paracel Islands in the South China Sea. (STR/AFP/Getty Images)

China commands an undisputed upper hand in Asia’s biggest maritime sovereignty dispute. It has used at least 3,200 acres of landfill to create artificial islands, some for military hardware, in the South China Sea’s Paracel and Spratly archipelagos. It declares annual fishing moratoriums and passes ships through waters claimed by four wary yet militarily weaker Southeast Asian countries: Brunei, Malaysia, the Philippines and Vietnam.

To keep its lead in the dispute, Beijing relies on superior technology such as radar systems and a submersible that can scan the seabed for life and geothermal movement. China plans someday to set up an underwater observation network to collect data on natural resources and for national security.

Now a private company in Shanghai says it’s selling an amphibious drone, possibly a first anywhere for commercial use. The website of this company, UVS Intelligence System, references the South China Sea on a map to help advertise its U650 drone as the ideal unmanned transport aircraft. 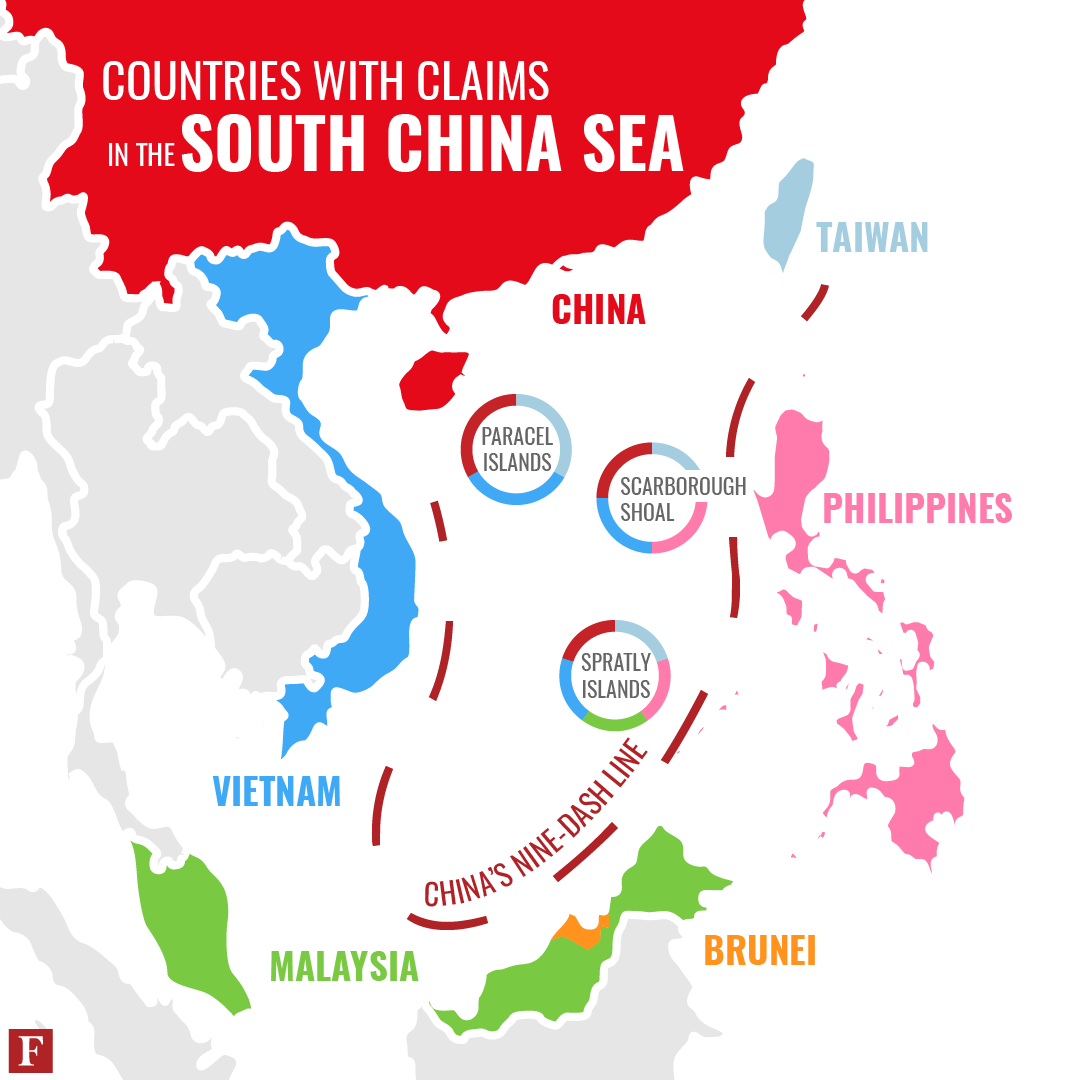 The 5.85-meter-long drone can access the sea’s islets and waters with little wear-and-tear, meaning “low” maintenance costs, the website says. The drones can airdrop materials and emergency supplies in “environments where takeoff and landing are impossible,” it adds. The carbon-fiber drone flies up to 180 kph for 15 hours and carries as much as 250 kilograms of cargo.

If this UAV proves to cost less to operate than traditional solutions, it should find a market with Chinese oil drillers, equipment providers (radars or telecoms, for example) and any official missions required to transport cargo around the 3.5 million-square-kilometer sea. China calls more than 90% of the sea its own. But most islands are still undeveloped, meaning no airstrip or much other infrastructure. Some are barely more than sand dunes. Other countries with stakes in the region could potentially buy U650s too, as China is eager to sell hardware even to potential rivals. But China is the most aggressive maritime claimant and the keenest to leverage high-tech. The drone comes from a Chinese firm, too, and it might work better than competing UAVs for military use.

“There is a focus on much larger systems (in China) than those being developed by U.S. companies interested in cargo,” says Phil Finnegan, corporate analysis director with the Teal Group, an American aerospace and defense market research firm. Peers of the U650 include the Russian-made Chirok aircraft and the Blackwing UAVs supplied to the U.S. navy by AeroVironment.

The Chinese amphibious drone’s advertised specifications would help with mapping and environmental surveys, says Kelvin Wong, weapons and equipment editor for Jane’s International Defence Review in Singapore. Both are key to harvesting resources, such as the sea’s abundant fisheries and fossil fuels. Armed forces could use the vehicles for surveillance, logistics, battle damage assessment and “light attacks,” Wong says. Two electro-optical turrets hanging from the U650’s wings, as shown in a China Daily news website report, give it special ability to pick up images. American and Japanese vessels sometimes appear to show the South China Sea is still open to all, angering China. Japan may supply more weapons to Southeast Asian claimants — just in case.

“With its amphibious take-off and landing ability, the U650 is inherently suited for maritime security and support missions, being able to be launched and recovered quickly out at sea…to provide speedy surveillance or as a light transport for critical components and supplies,” Wong says.

UVS has sold its amphibious drones so far to a Chinese express delivery company and a client in Southeast Asia, the China Daily report says. For units of the large and growing People’s Liberation Army, the state-run news website says, it can do reconnaissance and strikes “thanks to its ability to carry radar, sonar or missiles.”

This article was written by Ralph Jennings from Forbes and was legally licensed through the NewsCred publisher network. Please direct all licensing questions to legal@newscred.com.